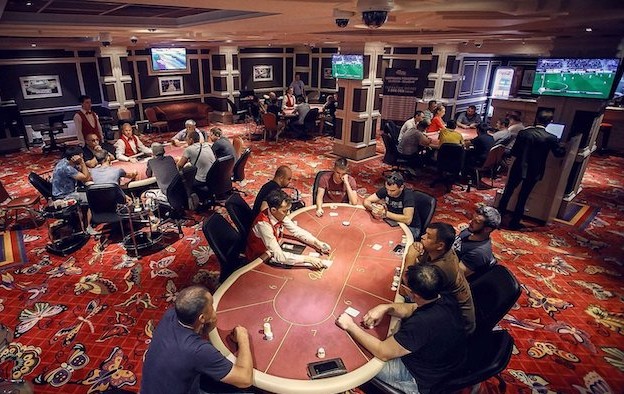 The Shambala casino resort in Primorye, Russia, received on average 550 guests per day during its first 2.5 months of operations, with a peak of 700 on Fridays, according to a business update issued recently.

The business update covered the period since the property’s launch on October 16, 2020, up to the end of that year.

It said the profile of a typical guest for the period was a male aged between 25 to 35, hailing from the Primorsky region, spending on average RUB8,439 (US$117) on gaming, and RUB1,539 on restaurant services.

Shambala (pictured) is part of the Primorye Integrated Entertainment Zone (IEZ), a casino development area located 50 kilometres (31 miles) from Russia’s Pacific port city of Vladivostok. Shambala’s promoter, an entity called Shambala CJSC, has pledged to invest RUB8 billion, or about US$110 million, in the project, according to the IEZ website. The design and construction of the facility began in November 2018, according to information supplied by the promoter.

The Primorye IEZ is also home to the Tigre de Cristal casino resort, controlled by Hong Kong-listed Summit Ascent Holdings Ltd, and which opened for business in October 2015.

Other casino resorts – including one from Hong Kong-listed Cambodian casino business NagaCorp Ltd – are also part of the IEZ’s development plan.

Shambala’s business update said the resort had received slightly more male guests in the casino than women guests, during its first 2.5 months of operation: 58 percent of patrons were men versus 42 percent women. Nonetheless, 62 percent of all visitors aged 21 to 36 were women from Primorye.

The property’s summary said 64 percent of guests preferred to play on gaming machines, followed by 32 percent preferring roulette and 11 percent opting for poker.

It added that, “as long as the borders are closed, baccarat remains entertainment for the few” That was a reference to restrictions on inbound travel to Russia amid the Covid-19 pandemic, and the fact that baccarat is the table game of choice among many East Asian players.

During the reporting period, “only 78 guests showed interest” in playing baccarat at the property, said Shambala.

Given the inbound travel curbs, most guests during the business review period were from the Russian Federation, with the majority – an aggregate of 67 percent – being from nearby Vladivostok.

Shambala said that “despite the international isolation, foreign guests” had “still attended” its casino.