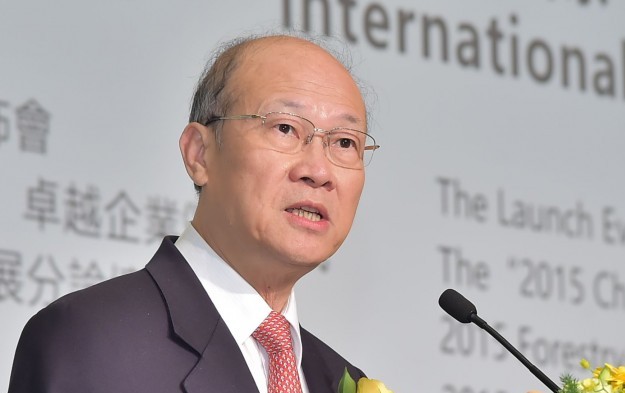 He was speaking to reporters in Hong Kong on Thursday after attending SJM Holdings’ annual general meeting, where shareholders approved a final dividend of HKD0.15 (US$0.019) per ordinary share for the year ended December 31, 2015.

A recent survey of 1,000 Chinese gamblers, conducted by AlphaWise, a research unit of investment bank Morgan Stanley, suggested Shanghai Disney Resort was one of several “near-term threats to Macau”. The survey results, outlined in a June 2 report from the bank, said 30 percent of those polled stated they might visit Macau less often once the theme park opened, with 1 percent of respondents indicating they would stop visiting Macau entirely, once the Shanghai-based theme park launched.

“Among all the respondents that indicated that they will not visit Macau at all after the opening of Shanghai Disneyland [sic], 94 percent of them are actually non-gamblers and lapsed gamblers, implying the majority of visitors in Macau are for gambling rather than non-gaming activities,” the survey had noted.

SJM Holdings’ Mr So said Macau’s casino resorts had a different scope of business and profile of clients compared to theme parks.

He added that the opening in Macau’s Cotai district of new casino resorts this year and next year, could provide some stimulus to the local casino market and attract more visitors, but that the benefit would be “relatively small” under current market conditions.

Mr So also mentioned that SJM Holdings’ own new Cotai project, Grand Lisboa Palace, was on track to see construction completed around the end of 2017. He added he hoped that by then there would be a turnaround in Macau’s casino business, coinciding with the officially projected completion date for the Hong Kong-Zhuhai-Macau Bridge, which will span the Pearl River Delta and is due dramatically to reduce the travel time by road between those places.

He additionally told reporters that the casino firm hopes to have “500 to 600” gaming tables for Grand Lisboa Palace.

“We always hope for 500 to 600 gaming tables. And of course we’ll have to see [what is] the government policy by then, and how many tables it will give,” Mr So told the media.

“When [casino] revenue falls [as currently]… having more tables is not necessarily a beneficial thing,” he added. “More tables come with higher costs,” Mr So noted.

The firm previously had stated it planned to apply for 700 new gaming tables for its Cotai property. SJM Holdings’ management had additionally said – at a ground breaking ceremony in February 2014 – that it hoped to have up to 700 gaming tables and more than 1,200 slot machines at Grand Lisboa Palace.

A report in November from brokerage Union Gaming Securities Asia Ltd said that – in accordance with market conditions at that time – it expected major new Cotai projects were likely each to receive 250 new-to-market tables.

In May, Mr So stated that SJM Holdings would wait to see what table allocation Grand Lisboa Palace got from the Macau government before looking into the possibility of shifting tables from some of its other Macau casinos to the Cotai property.

Another property under the SJM Holdings portfolio, Casino Jai Alai, is scheduled to reopen in the fourth quarter of this year, an executive director of SJM Holdings, Angela Leong On Kei, told Hong Kong reporters on Thursday.

Ms Leong, also speaking on the sidelines of the firm’s annual meeting, noted that the company had already conducted two rounds of worker recruitment for the relaunch of Casino Jai Alai; mainly in search of hotel and catering staff. But she noted that she was still uncertain about how many casino dealers would be needed for Casino Jai Alai as the number of gaming tables to be allocated to the venue was yet to be decided.

Renovation work on Casino Jai Alai had been suspended since February 2014, pending government approvals, and was restarted in May 2015, the firm had previously said. Once reopened, the facility will have new facilities including a hotel with 130 rooms, some restaurants, and shops.

The imminent return of package tours from mainland China will not only help boost Macau’s tourism businesses, but is also expected to help casinos gain more foot traffic in their mass gaming... END_OF_DOCUMENT_TOKEN_TO_BE_REPLACED