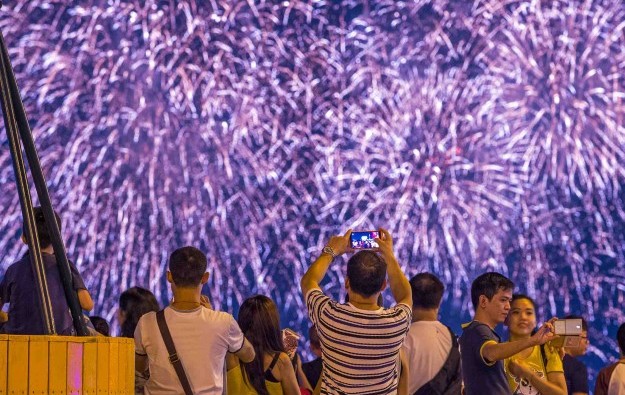 The average daily revenue (ADR) from gambling generated by Macau’s casinos in the first six days of October – including the so-called ‘Golden Week’ period surrounding the October 1 National Day holiday for the People’s Republic of China – appears to be down by at least a third year-on-year compared to 2013.

The Golden Week period in previous years has seen a surge in gambler spending in Macau as mainland tourists travel to the city to mark the festivities.

This year the ADR for the start of October appears to be approximately MOP1.2 billion (US$150.2 million), compared to the MOP1.8 billion achieved in the first week of October 2013.

The estimated 33 percent decline in ADR for this year’s holiday season is according to unofficial industry returns quoted separately by several investment analysts. According to estimates obtained by GGRAsia the ADR for the first five days of October was definitely above MOP1 billion. Both numbers are preliminary and subject to adjustment or correction.

“…early checks from Golden Week…suggest a daily revenue run rate that is down approximately 33 percent,” wrote Carlo Santarelli, a New York-based analyst at Deutsche Bank AG in a note on Tuesday.

In 2013, the first six days of October saw an ADR of MOP1.8 billion according to notes issued at the time by at least three analysts.

Commenting on the October 2014 numbers, Credit Suisse AG analysts Kenneth Fong and Isis Wong said in a note issued on Wednesday: “…October Golden Week is pointing to a weak start with average daily revenue for the first six days…MOP1.2 billion, tracking a 33 percent year-on-year decline (versus our expected MOP1.4 billion or 20 percent decline) from the same period in 2013.”

The year-on-year decline comes as the number of actual tourists to Macau rose during the week-long holiday. Total visitor arrivals during the first seven days of October rose 16.1 percent from a year earlier, the Macau Government Tourist Office said on its website on Wednesday.

The imminent return of package tours from mainland China will not only help boost Macau’s tourism businesses, but is also expected to help casinos gain more foot traffic in their mass gaming... END_OF_DOCUMENT_TOKEN_TO_BE_REPLACED