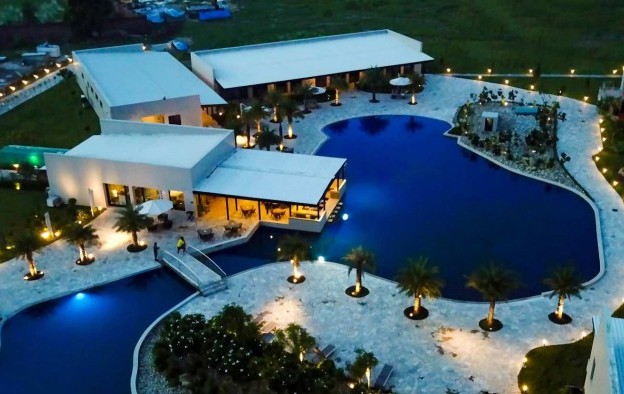 Boutique Asian casino operator Silver Heritage Group Ltd says it has initiated “cost reduction strategies” as its casino and hotel operations in Nepal “remain closed”. The company did not provide details regarding its cost-saving measures, but said it was “ready to reopen as soon as regulations and conditions permit,” according to a Thursday filing.

Silver Heritage owns and operates the casino property Tiger Palace Resort Bhairahawa (pictured) on Nepal’s border with India. The group also manages gaming at the Millionaire’s Club and Casino, in Kathmandu, the capital of Nepal.

The company suspended its casino operations in Nepal on March 23 and its hotel operations the following day. Such measures were part of efforts in that country to contain the further spread of the Covid-19 pandemic.

In its latest filing, Silver Heritage said that up to the end of February, the group’s operations in Nepal had recorded revenue of US$2.22 million, up 6.3 percent compared to the first two months of 2019. Adjusted earnings before interest, taxation, depreciation and amortisation (EBITDA) for the period produced a loss of US$2,000, compared to negative EBITDA of US$73,000 in the prior-year period.

In a separate filing stating first-quarter cash flows, Silver Heritage said it recorded revenue of US$2.57 million in the first quarter of 2020, down 41.5 percent from a year earlier. Net cash from operating activities stood at US$1.68 million, a decline of 11.4 percent from the first three months of 2019.

Silver Heritage said in January that it had secured a loan worth US$1 million from its majority bond holders. The money – provided under a number of conditions – would be used for working capital, the company had said previously.