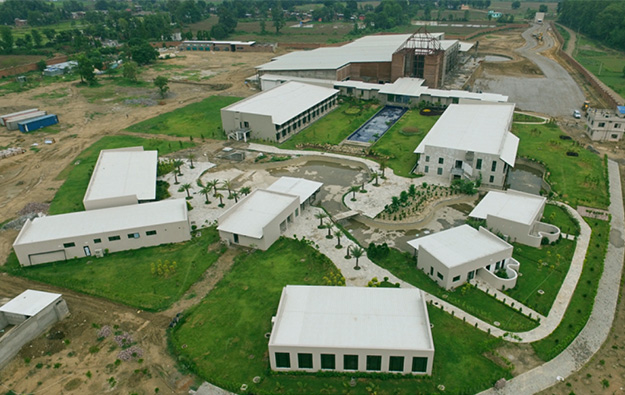 In a filing to the Australian Securities Exchange, Silver Heritage said the additional financing allows the company to “prepay US$2.0-million of the US$20-million outstanding bonds, issued to Silver Heritage Ltd on 26 August 2016, on or around 25 August 2017”.

In Monday’s filing, the casino operator said a fourth bank, Prime Commercial Bank Ltd, has been added to the banking syndicate supporting the construction of the Nepal gaming scheme.

Silver Heritage added: “With immediate effect, the existing syndicated banking facility of NPR750 million … will be increased by NPR360 million.”

In addition, NPR360 million of the additional facilities will initially be advanced to Tiger One as a bridging loan, “before being added to the existing loan on completion of certain administrative procedures including re-mortgaging land at Tiger Palace Resorts Bhairahawa in favour of the extended syndicate”.

“There is no change to the repayment dates under the existing loan, which is by 38 quarterly instalments commencing in April 2018,” said the casino investor.

Silver Heritage announced in July that its investment unit in Nepal had been given permission to move money cross-border to complete the firm’s casino resort there.

The company said in late July that it remains on target for a phased opening of Tiger Palace casino resort beginning in September. The firm said it will be launching the hotel, villas and hospitality areas in September, followed by the opening of the entire resort, “including main gaming floor and VIP gaming areas”, in November.

Earlier this month, Silver Heritage announced that Tim Shepherd, the firm’s co-founder and president of business development and marketing, would be leaving the company with effect from September 3.

Gaming revenue at Paradise Co Ltd, an operator in South Korea of foreigner-only casinos, rose by 312.9 percent year-on-year, to KRW39.17 billion (US$27.6 million). But such revenue was down 22.4... END_OF_DOCUMENT_TOKEN_TO_BE_REPLACED