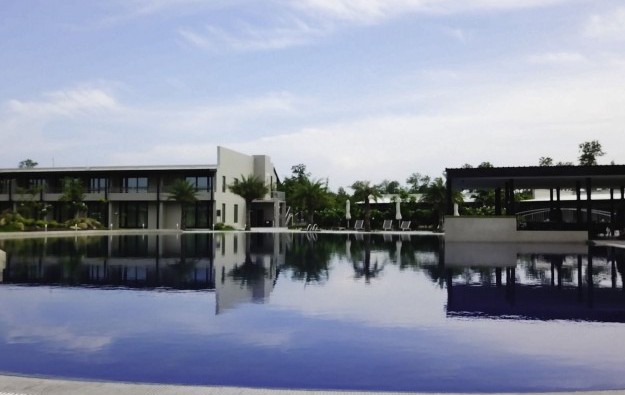 The firm operates the purpose-built Tiger Palace Resort Bhairahawa (pictured), and also manages gaming at the Millionaire’s Club and Casino, in Kathmandu, the capital of Nepal.

The offer, from an individual called Indra Bahadur Thapa, placed a US$33.9-million enterprise value on the Nepal business, according to a Wednesday filing to the Australian Securities Exchange.

The figure was calculated based on US$20 million equity value plus an approximately US$13.9-million lending facility, entered into by the company’s subsidiary Tiger One Pvt Ltd with a consortium of Nepalese banks, “which will be assumed by the buyer”.

Silver Heritage has granted a 90-day exclusivity period to the suitor, due to start once he has paid a US$3-million deposit into an escrow account.

The casino firm said it had granted the exclusivity terms “after careful analysis,” in which the board “considered the terms of the offer, including the absence of a superior offer, and in conjunction with the material uncertainty related to events or conditions that may cast significant doubt on the company’s ability to continue as a going concern…”

Tiger Palace Resort, near the country’s border with the Indian state of Uttar Pradesh, opened in late December 2017.

Silver Heritage lost what had been a key gaming revenue generator for the group – management of a casino at the Phoenix International Club near Hanoi in Vietnam – at the start of March, after that venue’s general manager said the local authorities were no longer permitting table games there.

Later that month, Silver Heritage announced it was to receive US$5.25 million in compensation from its former partner in that Vietnam business.

On May 31 the firm had said in a filing that there was “material uncertainty” that might “cast significant doubt on the company’s ability to continue as a going concern”.

The suitor for the Nepal business is being represented by Hotel Investment Partners Ltd. The approach followed Silver Heritage engaging Union Gaming Group as its exclusive advisor on a potential sale of the Nepal business.