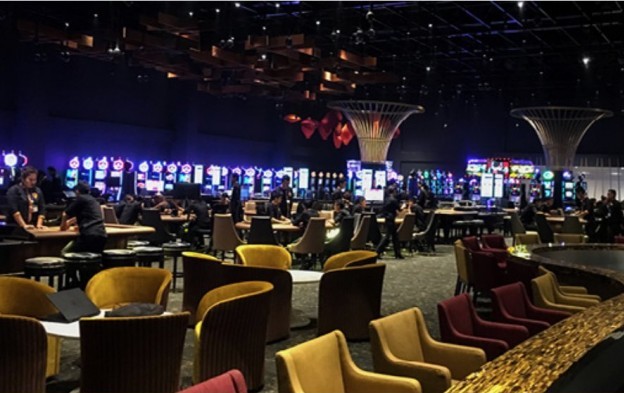 Australia-listed boutique casino operator Silver Heritage Group Ltd announced on Monday that the company was “insolvent” or “likely to become insolvent at some time in the future”.

Silver Heritage’s board of directors has appointed Ryan Eagle and Amanda Coneyworth of professional services firm KPMG to be its administrators. They now “control the company’s operations” and are also assessing its financial position, according to Silver Heritage’s Monday filing to the Australia Securities Exchange.

Silver Heritage owns and operates the casino property Tiger Palace Resort Bhairahawa (pictured in file photo) on Nepal’s border with India. The group also manages gaming at the Millionaire’s Club and Casino, in Kathmandu, the capital of Nepal.

“As previously announced, the company has been exploring options to generate liquidity, and prior to the emergence of Covid-19, the company had received expressions of interest from several parties in respect of possible transactions,” Silver Heritage told the Australia bourse, referring first to the illness associated with the novel coronavirus pandemic, and second to a number of efforts to raise cash via disposal of group assets.

“However, as a result of the emergence of Covid-19 and the forced temporary closure of the company’s facilities in Nepal, the timing in relation to the consummating one of the transactions has become uncertain,” the company noted.

Silver Heritage had on March 23 suspended its casino operations in Nepal and its hotel operations the following day. Such measures were part of efforts in that country to contain the spread of Covid-19. In a filing on April 30, the company said it had started “cost reduction strategies” – without mentioning details – as its Nepal casino and hotel operations remained closed.

In its Monday filing, Silver Heritage noted its main lender – referred to as OCP – had provided additional funds to the company in January to support its “short-term” funding needs. However, OCP was “unwilling” to provide further support to the company. According to a January 20 filing of Silver Heritage, a secured loan of US$1 million had been provided by OL Master (Singapore Fund 1) Pte Ltd, Orchard Landmark II (Singapore Fund 1) Ptd Ltd and OL Master Ltd – together known as “OCP”.

“The board of directors regret that these events have come to pass and acknowledge all the group’s employees for their hard work and contribution,” Silver Heritage stated in its Monday filing.

“The administrators will be in contact with creditors and stakeholders of the group and will make further announcement in due course,” the company said.

Early last year, Silver Heritage lost one of its key revenue sources with the cessation of casino operations at the Phoenix International Club near Hanoi in Vietnam.