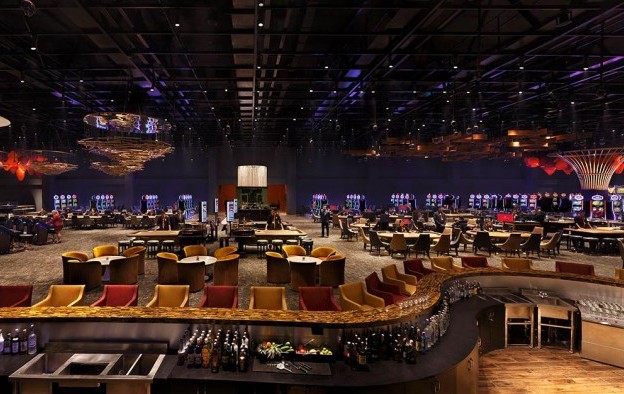 The firm operates the purpose-built flagship casino property Tiger Palace Resort Bhairahawa (pictured) – a Nepal property near the country’s border with the Indian state of Uttar Pradesh – and manages a gaming operation at a hotel in the Nepalese capital Kathmandu.

Tiger Palace, which only received its gaming licence in late December 2017, held a casino “grand opening” in mid-March 2018. A soft opening of the hotel facilities, offering 100 rooms, was held in September 2017. India is a main target market in terms of casino players for the property.

Silver Heritage said in a filing on Tuesday it had hired boutique investment bank and advisory firm Union Gaming to provide support to the firm in a search for potential investors.

“The company has undertaken a number of initiatives to release capital out of its asset base, including the appointment of Union Gaming as its exclusive adviser in relation to locating potential strategic partners or purchasers of the company’s Nepal operations,” Silver Heritage stated in its latest filing.

Silver Heritage had told the securities exchange in late January it was progressing with “discussions with potential strategic and industry partners to release capital out of its asset base and enhance shareholder value.”

The firm mentioned in a business update filed late last year that it was exploring the possibility of selling some land, among other things.

In its Tuesday filing, Silver Heritage also made reference to the closure on March 1 of all casino operations at the Phoenix International Club near Hanoi, in Vietnam, after the local partner was unable to maintain the relevant licence.

The firm said in mid-March it had reached a settlement with the owner of Phoenix for Silver Heritage to receive US$5.25 million in compensation for the alleged breaches by the local partner of the entertainment services agreement between the two parties. The compensation was to be paid in two tranches.

“The first instalment was paid on March 23 and the second became due on April 11,” Silver Heritage said in its latest filing. “The owner of Phoenix has failed to make payment of this second instalment and the company intends to use all avenues available to it to ensure these monies are paid,” the firm added.

In the Tuesday filing, Silver Heritage provided some information on the firm’s operation performance in the first quarter of 2019. For most casino-related metrics, the company provided only basic charts, without exact figures.

“Trading at Tiger Palace has improved and continues to trade well ahead of the prior year,” the firm said.

In March, Silver Heritage opened some VIP gaming rooms at Tiger Palace. “Feedback from VIP visitors has been overwhelmingly positive,” stated the firm in its filing.

“The company continues to see stronger performance also at its operations in Kathmandu, with increasing contributions from Chinese players in addition to the usual Indian players,” added Silver Heritage.