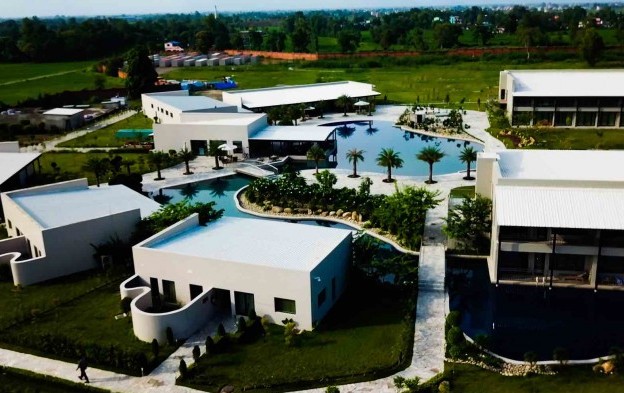 Silver Heritage Group Ltd is getting closer to finding partners to join it in its casino business in Nepal; partners it needs, now that it no longer runs a casino in Vietnam and the cash that was generated from that operation, its chairman says.

The Australia-listed company issued a written statement quoting Silver Heritage chairman James Spenceley as telling its annual general meeting (AGM) on Friday: “The company relied on the earnings and cash flow of its activities in Vietnam to service its operating and funding costs outside of Nepal, and without that we must find a solution.”

In a March filing, Silver Heritage said it was to get US$5.25 million in compensation from its former business partner at the Phoenix International Club near Hanoi, Vietnam.

He added: “The board and senior management have been working hard with the assistance of its advisers to identify and progress discussions with third parties in respect of such solutions.

“I am pleased to say that we have made progress on this and we are in advanced discussions in respect of several options in this regard. Please be assured that we are working towards finalising this as quickly as possible and will advise the market as soon as we have reached a conclusion to this process.”

The statement quoted Silver Heritage chief executive Mike Bolsover as telling the AGM that company revenue in Nepal in the five months ended May was US$6.05 million, 46 percent more than in the corresponding period of 2018.

Mr Spenceley sought to assure the AGM that accounting irregularities reported to the board of the company and its auditor were discovered not in its casino operations, but in the accounting and tax treatment of certain payments made in Nepal.

He said the irregularities had cost the company US$54,000 more than it would have spent otherwise in 2018.

“The board instituted an internal review and believes this was an isolated case,” Mr Spenceley said. “The staff member involved has been dismissed and we have changed our local accounting firm in Nepal.”

Even so, the Silver Heritage auditors declined to give an opinion on the company accounts for 2018 and said they would resign. The Australian Securities Exchange (ASX) suspended trading in Silver Heritage stock on February 27, at the request of the company, although no reason was given for the move.

Package tours from mainland China to Macau will resume from Monday, February 6, confirmed Macau’s Secretary for Economy and Finance, Lei Wai Nong, in a Friday press conference. The return of... END_OF_DOCUMENT_TOKEN_TO_BE_REPLACED