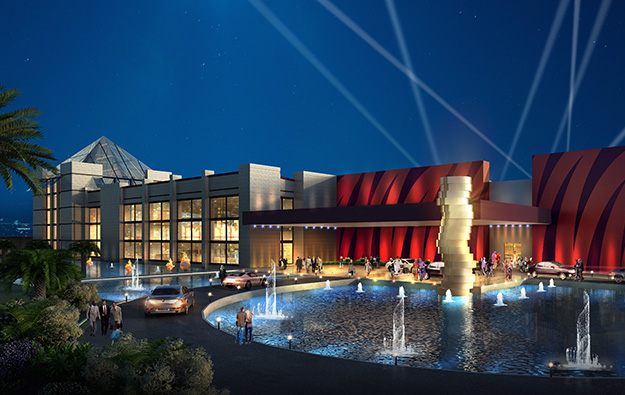 Asian casino developer Silver Heritage Group Ltd says that its investment unit in Nepal has been given central bank permission to move money cross-border to complete the firm’s new casino resort there.

Permission to transfer NPR5 billion (US$48.3 million) “comfortably covers the remaining capital requirement expenditure within Nepal to complete and open Tiger Palace Resort Bhairahawa,” the firm said in a Thursday filing to the Australian Securities Exchange.

In a February regulatory announcement, the group had flagged to investors it was facing delays in completing the resort (pictured in an artist’s rendering), partly as a result of “a shortage of liquidity in the Nepal banking system and unanticipated delays in the issuance of approval for Silver Heritage to increase the equity ceiling of its corporate investment vehicle in Nepal”.

Those delays contributed to the company suspending – with effect from February 27 – trading in its shares.

The latest news of the permission for capital transfer comes a week after the group launched a fully underwritten share entitlement offer to help complete the property.

That offer targeted gross proceeds of approximately AUD19.0 million (US$14.4 million). The money would also provide working capital, and pay the costs of the entitlement offer.

On Tuesday Silver Heritage announced trading in its shares would restart following the completion of the institutional part of its entitlement offer. The retail component of the entitlement offer was scheduled to open today (July 7) and close on July 26,  the casino firm said in a previous filing.

Mike Bolsover, managing director and chief executive of Silver Heritage, said in a prepared statement commenting on Thursday’s announcement: “This was the last in a complex series of approvals for increasing our foreign direct investment in Nepal, and we welcome the confirmation from the Nepal Rastra [Central] Bank.”

Silver Heritage has increased the construction budget for Tiger Palace by US$11.8 million, to US$51.8 million. The firm has also announced a revised timetable for the completion of the project, with a phased opening in September 2017 for the hotel and hospitality areas, and November 2017 for the entire resort, including casino operations.

Tiger Palace Resort Bhairahawa is being built near Nepal’s border with the Indian state of Uttar Pradesh.