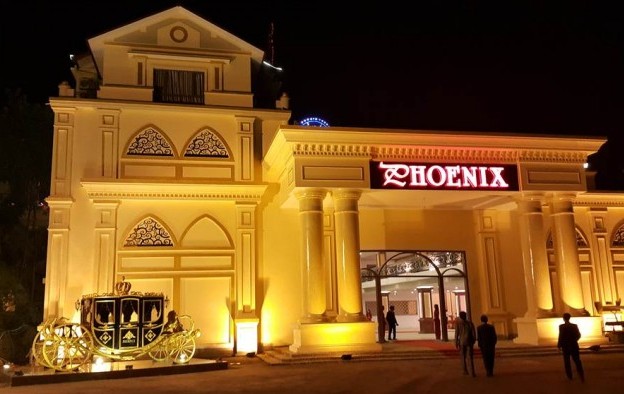 Australian operator of Asian casinos Silver Heritage Group Ltd says it had a net cash outflow of more than US$1.47 million in its operations in the fourth quarter of last year, bringing such outflow in its operations for the whole of 2018 to nearly US$4.85 million.

The operational update filed on Thursday with the Australian Securities Exchange gave no comparative figures.

The company told the exchange that the weakness of the trading performance of its casino at the Phoenix International Club (pictured) near Hanoi in Vietnam had continued in the fourth quarter and was persisting this month.

Silver Heritage said: “The company entered into discussions with the owner of the property and has, as a result of these discussions, renegotiated and amended its agreement in respect of Phoenix and in light of increased competition and other factors.”

The company said it had reduced its share of gross gaming revenue (GGR) to 30 percent in return for a “significant reduction” in its fixed-cost contributions to the operation of the Phoenix International Club.

“The company now expects earnings to improve over the coming months, driven by this reduction in fixed costs, combined with focus on increasing footfall and drop at the property,” it said, referring to the number of customers at the property and latterly to money wagered.

Silver Heritage said an establishment it runs in Nepal, The Millionaire’s Club and Casino in Kathmandu, “continues to perform ahead of budget, and January to date is a record in terms of drop and GGR for the month of January since opening.”

The company said Tiger Palace Resort in Bhairahawa, on the border between Nepal and India – a property it developed and operates on its own initiative – had made a number of strategic changes to its marketing and operations.

“Drop continues to improve, with December and January being the second and third-highest months, respectively, since the casino opened on 28 December 2018. The board and management are focused on making further improvements to support growth, including new marketing initiatives and the opening of three VIP gaming rooms in February 2019 to further drive additional revenue at the property.”

Silver Heritage told the securities exchange: “The company continues to progress discussions with potential strategic and industry partners to release capital out of its asset base and enhance shareholder value.”

The firm had mentioned in a business update filed late last year that it was exploring the possibility of selling some land, among other things.

Some Macau casinos visited by GGRAsia on Thursday, actually had tables that were closed, notwithstanding strong consumer demand during Chinese New Year (CNY). The reasons for some tables being... END_OF_DOCUMENT_TOKEN_TO_BE_REPLACED