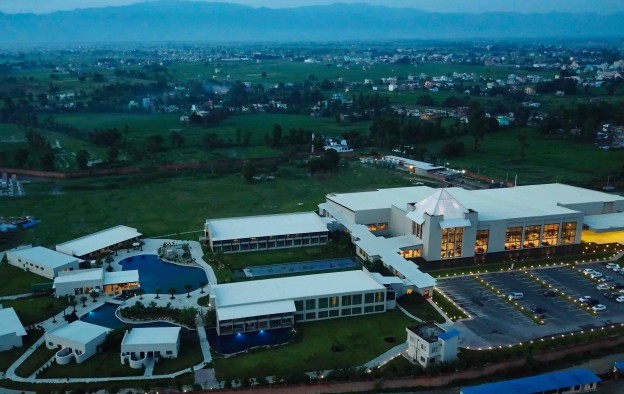 Australia-listed operator of Asian casinos Silver Heritage Group Ltd says it will fight legal proceedings alleging that part of its casino property Tiger Palace Resort Bhairahawa on the Indo-Nepalese border has occupied public land owned by the government of Nepal. As of Wednesday, the company had not been formally served with any court documents related to the proceedings, said Silver Heritage’s chief executive Mike Bolsover in an emailed reply to GGRAsia.

The Kathmandu Post reported that the Rupandehi District Court in Nepal issued on Friday a temporary order against two local subsidiaries of Silver Heritage, preventing the group from either selling Tiger Palace Resort (pictured) or developing further the property. According to the newspaper, the court order was in response to a writ from a local water consumer committee. The latter body is said to claim there has been some construction related to the casino property on four plots of public land.

Under Nepal’s laws relating to canals and irrigation, the public land in question is owned by the government and managed by the water consumer committee.

Silver Heritage’s Mr Bolsover said on Wednesday that neither the company nor its subsidiaries had been “formally served with any court documents or evidence in relation to the proceedings”.

The CEO said however that the company understood that a local water consumer committee alleged that there had been construction “upon a small area of land” located in and around Tiger Palace Resort which is owned by the government of Nepal.

“The company intends to defend these proceedings and shall keep the market informed of any developments in line with its continuous disclosure obligations,” Mr Bolsover said in his comments to GGRAsia.

Silver Heritage issued the same clarification in a filing to the Australian Securities Exchange on Thursday. Neither the filing nor Mr Bolsover commented on what impact this case could have on the company’s plan to raise additional capital.

The Australia-listed operator announced in May a search for partners for its operations in Nepal, or outright buyers of its business there, in order to “release capital out of its asset base and enhance shareholder value”.

Silver Heritage said at the time it had hired boutique investment bank and advisory firm Union Gaming to provide support to the firm in a search for potential investors.

The company said in late June it was getting closer to finding partners to join it in its casino business in Nepal.

International casino operator Las Vegas Sands Corp has been ranked as the most sustainable firm in the global casino sector, according to the 2023 edition of the S&P Global Sustainability... END_OF_DOCUMENT_TOKEN_TO_BE_REPLACED