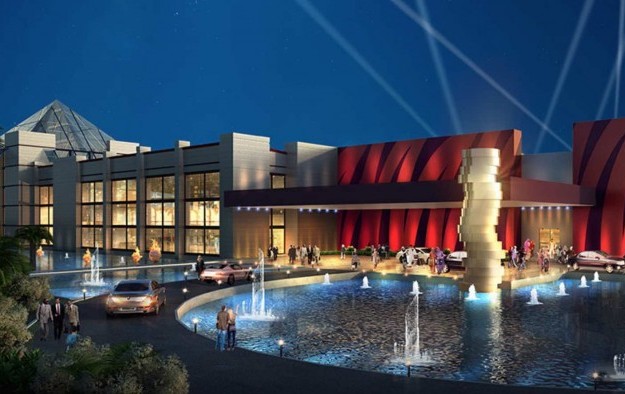 A near nine-month delay to the launch of the casino at Silver Heritage Group Ltd’s new Nepal gaming resort contributed to the firm’s 2017 annual loss, noted its chairman in commentary to the annual report filed on Thursday.

Such group loss was US$14.4 million, compared to just under US$4.6 million in the prior year.

Chairman David Green noted the casino glitch, and an approximately six-month delay to the launch of the hotel at Tiger Palace Resort, Bhairahawa (pictured), near Nepal’s border with the Indian state of Uttar Pradesh, had links to earlier cost overruns on construction, that had led to a US$19-million “funding gap” that was only closed in July by a fully underwritten entitlements issue.

Tiger Palace, which only received its gaming licence in late December, made a nominal US$48,000 contribution to group gross gaming revenue (GGR) in 2017, according to a results summary also filed on Thursday with the Australian Securities Exchange.

“There was no accretive earnings contribution from the casino at Tiger Palace, which opened on 28 December 2017, or indeed the hotel, which opened to paying guests in September, but was unable to host casino patrons until the end of the year,” stated Mr Green in his commentary in the annual report.

He noted the group had incurred in 2017 “non-cash impairments and asset write-offs totalling some US$6.86 million”.

He added: “These non-cash impairments represent the application of the Australian Accounting Standards, which govern the company’s financial reporting.”

Mr Green said the firm had also faced “unexpected and unfounded hostile action” by one of its local partners in Nepal, Rajendra Bajgain.

The report clarified that an entity called Silver Heritage Management Services Kathmandu Pvt Ltd, holds the casino licences for The Millionaires Club and Casino, Kathmandu – which is operated by the group – and for Tiger Palace, with the group owning 90 percent of the licences-holding local entity and Mr Bajgain and his brother Nabaraj Bajgain each controlling 5 percent.

Mr Green stated in his annual report commentary: “For reasons known only to Mr [Rajendra] Bajgain, after the opening of the Tiger Palace casino, he embarked on a series of actions apparently calculated to bring the group into disrepute in Nepal, and to frustrate its operations at Tiger Palace.”

The annual report said Rajendra Bajgain had been removed as a director of the local entity in February, and despite the group’s attempts to reach a settlement with him, his “unfounded and unreasonable claims against the group have to date frustrated settlement discussions”. As of the date of the annual report, Rajendra Bajgain remained a shareholder of the local entity, the document said.

Mr Green stated: “The company will pursue all avenues open to conclude this unfortunate matter, including seeking such legal remedies as may reasonably be available to it, based upon advice from its advisors in Nepal.”

The chairman added: “On a more positive note, it is pleasing to note reported comments of the incoming Prime Minister of Nepal Mr KP Sharma Oli, who took office on 15 February 2018, that facilitation of foreign direct investment into Nepal, and the elimination of corruption are two objectives of his administration. The Silver Heritage Group has now invested more than US$60 million in its Nepal strategy, and it employs over 1,000 Nepali citizens.”

Aggregate GGR from its casino operations at, respectively – the Phoenix International Club in Vietnam; The Millionaire’s Club and Casino in Kathmandu; and its new Nepal venue Tiger Palace – rose slightly, to nearly US$32.4 million, from US$32.1 million in the prior-year period.

The Millionaire’s Club and Casino in Kathmandu saw a 7.1 percent year-on-year decline in GGR, to just over US$5.1 million, from just under US$5.6 million.

The Phoenix International Club in Vietnam however saw a 60.3 percent increase in GGR year-on-year, to nearly US$27.2 million, from nearly US$17.0 million in the prior-year period.

The company said there had been an 18 percent increase in visitors to the Vietnam venue in 2017, to a tally of more than 172,000, and that the group generated nearly US$6.8 million in segmental profit from its management contract for that venue.

The decision by the Macau government to grant fresh 10-year licences to each of the city’s six incumbent casino operators has been welcome by top management at those firms. Each of the concessions... END_OF_DOCUMENT_TOKEN_TO_BE_REPLACED