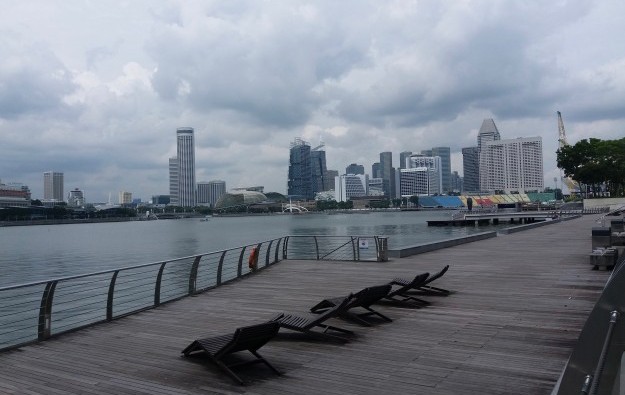 The Singaporean authorities are banning from the city-state all foreigners who would otherwise be entitled either to short-term visitor visas or the right to transit via Singapore.

The ban takes effect from the stroke of midnight on March 24 (Tuesday). The additional border-control measure was announced on Sunday amid the escalating Covid-19 outbreak worldwide. After seeing stabilisation of an initial outbreak, Singapore has recently experienced a rise in the number of imported infection cases relating to the novel coronavirus.

Singapore’s two casino complexes – Marina Bay Sands and Resorts World Sentosa – typically draw a large portion of their customers from outside the country. The respective operators of the resorts have pledged to those customers attending their venues during the pandemic, that frequent site-disinfection work is being done and body-temperature screening is being conducted on all those entering either property. The management of Marina Bay Sands, a venue promoted by United States-based operator Las Vegas Sands Corp – last week told GGRAsia that the resort had introduced “social distancing” and crowd-control measures at its gaming venue.

The city-state had recorded a total of 455 confirmed cases of Covid-19 as of March 22 (Sunday), according to Singapore’s Ministry of Health. It said in a Sunday release that a majority of the newly-confirmed cases concerned importation; mostly involving either Singapore residents or long-term pass holders returning to the city from abroad.

“In light of the rapidly-escalating virus outbreak around the world, we have decided to significantly tighten our borders. We will disallow all short-term visitors from anywhere in the world to enter or transit through Singapore,” Singapore’s National Development Minister Lawrence Wong said in comments to the media on Sunday. Mr Wong is also the co-chair of Singapore’s Multi-Ministry Taskforce on Covid-19.

“We will also limit returning work pass holders to only those providing essential services like healthcare and transport,” Mr Wong said. He noted that the latest border entry restriction was a “very significant” move that aimed to stem the number of new imported cases of Covid-19 infection.

A Sunday statement from the ministry noted: “Previously, except for a handful of countries, short-term visitors from elsewhere were allowed to come into Singapore, save they were issued a 14-day Stay-Home Notice (SHN) upon arrival. This meant, however, that resources were being expended to serve and enforce SHNs on them, and if they fell ill, to provide them with medical treatment.”