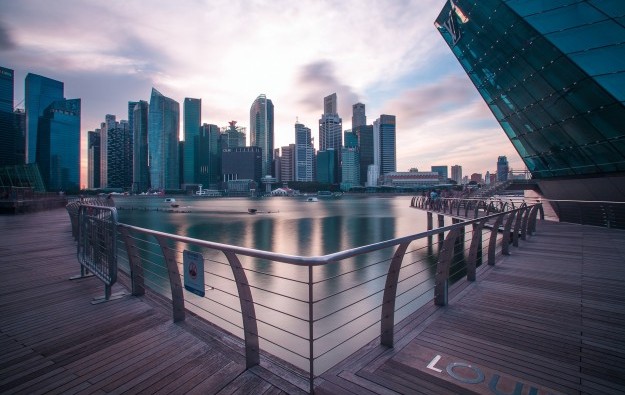 Singapore’s tourism boss said in an interview that it was “inevitable” there would be delays to the expansion of the city-state’s two casino resorts, due to the disruption to the construction sector wrought by the Covid-19 pandemic.

Keith Tan, chief executive of Singapore Tourism Board, told Bloomberg Television in an interview, referring to Singapore’s version of an anti-Covid-19 lockdown: “There will be inevitable delays because of the circuit breaker we have experienced earlier, and there is an overall slowdown in construction activity because of difficulties being faced by the construction sector and the challenges they are facing with their workers and their workforce.”

He added: “However, both Genting [Singapore Ltd] and Marina Bay Sands [Pte Ltd] have not indicated any slippage of their investment commitments here in Singapore.”

Mr Tan further noted: “I see that as a good sign of their faith and confidence in the longer-term tourism prospects of Singapore.”

Genting Singapore, operator of the Resorts World Sentosa casino complex, and Las Vegas Sands Corp, United States-based parent of the Marina Bay Sands complex, have each given a commitment to invest respectively SGD4.5 billion (US$3.3 billion) in expanding their existing properties. The pledges were announced in April last year at the same time that Singapore said it would extend the duopoly rights of the two operators until 2030.

At the time, Genting Singapore had said in a press statement that expansion of Resorts World Sentosa would be “delivered in phases with new experiences opening every year from 2020 to a projected completion around 2025”.

In June, the firm said there was likely to be “slippage” in the timetable for building the expansion to the property.

In mid-July this year, announcing job cuts at Resorts World Sentosa, Genting Singapore had said it would try to “reinvent” itself to be a “more adept and nimble organisation” in the face of the global health crisis. It also affirmed its commitment to an expansion of the venue – which it referred to as “RWS 2.0″ – that it had agreed with the Singapore government.

In late July, during Las Vegas Sands’ second-quarter earnings call, that firm’s chairman and chief executive Sheldon Adelson said the expansion of the Marina Bay Sands casino resort might face some delays “principally related to the impact of the pandemic,”

Singapore Tourism Board’s Mr Tan noted in his Monday comments that home demand for tourism services  – a campaign for domestic tourism in the city was announced recently – would not be able to “fill the hole” left by the absence of large-scale international tourism. He noted international visitors had spent “over SGD27 billion” in Singapore last year.

Mr Tan said in his Monday interview that efforts were being made to ensure when tourism came back to Singapore, there would be a special appeal to smaller tour groups and high-value customers.

The official added that so far job losses in the Singapore tourism sector had been “modest” and measured in the “low thousands”.

Most of Macau’s casino operators are likely to generate positive free cash flow in the first quarter, given the robust recovery level of mass-market gross gaming revenue (GGR) in January, relative... END_OF_DOCUMENT_TOKEN_TO_BE_REPLACED