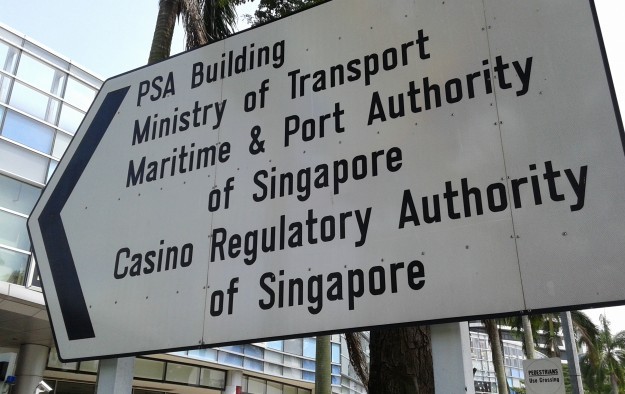 The annual report for 2017-2018 released by Singapore’s Casino Regulatory Authority (CRA) indicated that in financial year 2017, the aggregate fines levied on Singapore’s two gaming resort operators were down 63.6 percent compared to the prior-year period.

In financial year 2017, Marina Bay Sands Pte Ltd – a unit of United States-based casino form Las Vegas Sands Corp that operates the Marina Bay Sands resort – was fined SGD5,000 for failure to prevent one permanent resident from entering or remaining on its casino premises “without a valid entry levy”. Under local law a levy is chargeable to Singapore citizens or permanent residents wishing to enter the casino area of each resort.

Resorts World at Sentosa Pte Ltd, a unit of Genting Singapore Ltd that operates the Resorts World Sentosa casino resort, was fined a total of SGD55,000 for failures to prevent three minors and one excluded person gaining access to the casino floor. In Singapore, all patrons must be aged 21 or over in order to gamble legally in its casinos.

The CRA’s chairman Tan Tee How said in his foreword to the report that one of the aims of the formation of CRA was to “ensure that the management and operation of a casino is carried out by persons who are suitable, and remains free from criminal influence or exploitation”.

He added that in fiscal 2017, “casino-linked crime and problem gambling arising from casino gambling” were “under control”.

He further noted: “Casino-related crime remains a small proportion of overall crime in Singapore at less than 1 percent, and organised crime has not entrenched itself in the casinos.”

He continued: “The overall probable pathological and problem gambling rates also remained stable since the opening of the integrated resorts, presently below 1 percent.”

Jerry See, the authority’s chief executive up to July 1 this year, said in the document that containment of the risk of casino-related crime was thanks to collaboration between a number of agencies, including the CRA, the Ministry of Social and Family Development, the National Council on Problem Gambling, and the Singapore Police Force as well as other law enforcement agencies.

“For example, new gaming platforms such as virtual reality and mobile gaming are transforming the casino landscape in jurisdictions,” he added. The CRA would need to adapt to the presence globally of “cryptocurrencies and deployment of skill- based games” occurring in some markets, in order to maintain its function of monitoring the industry.

He added: “The ability to harness data through such technology initiatives would allow us to enhance our appreciation and understanding of emerging issues and trends.”

It is likely that Macau will shortly have a third round of citywide centre-based Covid-19 testing in little more than a week, after the results so far of a second mass test – that was due to finish... END_OF_DOCUMENT_TOKEN_TO_BE_REPLACED