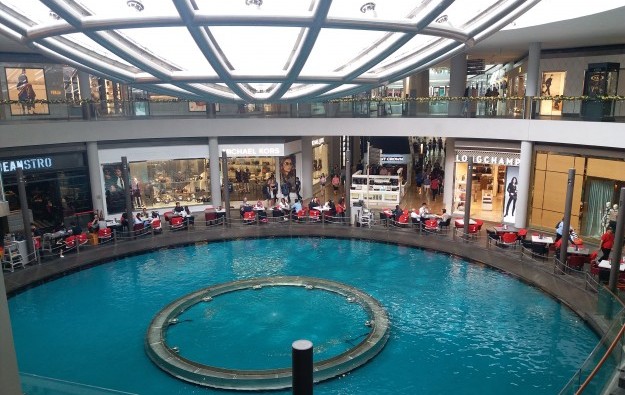 The path to business recovery for the Marina Bay Sands (MBS) casino resort (pictured) in Singapore, is “clear” thanks to the city-state’s high rate of Covid-19 vaccination among locals, and the expanding list of overseas places able to participate in Singapore’s vaccinated travel lane (VTL) arrangement, says management at the resort’s promoter, United States-based Las Vegas Sands Corp (LVS).

The commentary was cited by brokerage JP Morgan Securities LLC in a Friday memo, after the JP Morgan Gaming, Lodging, Restaurant and Leisure Management Access Forum held that day via the U.S.

“Las Vegas Sands sees a clear path to US$2.5 billion of EBITDA,” annually, once mainland China consumers return in numbers to the Singapore market, said JP Morgan, following a presentation at the forum by Daniel Briggs, the casino firm’s senior vice president of investor relations, and referring to earnings before interest, taxation, depreciation and amortisation.

JP Morgan’s memo – by analysts Joseph Greff, Omer Sander and Ryan Lambert – also mentioned the outbound tourism market segment featuring Chinese consumers, was “likely the last for a full recovery”. That was understood to be reference to China’s “zero-Covid” policy. It had been reported last week that China was looking toward a modified strategy that would involve living with Covid-19.

In a Friday update, the Civil Aviation Authority of Singapore announced that it would, from March 16, extend the VTL scheme to more cities in Malaysia, Indonesia and India, places all described as “key markets” for the city-state.

From that same date, Singapore would also include Greece and Vietnam in the VTL scheme. As at March 3, the city-state had witnessed the entry of 456,215 travellers making use of the VTL programme since it began last year. About 29 percent of them were short-term visitors, according to the authority’s information.

Las Vegas Sands currently had “no plans” to sell its mall in Singapore, the JP Morgan memo said, citing the company.

The selling off and leasing back of casino real estate to third parties such as real estate investment trusts (REITs) has been something of a trend recently in the U.S., with Wynn Resorts Ltd being one of the latest to announce a sell-off: of its Encore Boston Harbor property.

For Las Vegas Sands, “focus continues to be on a near-full recovery” in Macau, and in Singapore, “to achieve investment-grade credit and two to three times leverage before returning capital to shareholders,” wrote JP Morgan.

In February, S&P Global Ratings downgraded to ‘junk’ its credit ratings for Sands China Ltd, citing sluggish recovery prospects for the Macau market because of the Covid-19 pandemic.

JP Morgan said in its Friday update, commenting on the parent: “Las Vegas Sands feels confident in its ability to provide a consistent dividend from cash flow as opposed to near-term asset sale proceeds.”

In late February, Las Vegas Sands announced the completion of the US$6.25-billion sale of The Venetian Resort complex in Las Vegas, Nevada.

Friday’s memo also said the casino group saw potential for “additional investment” in Macau once – as it anticipated – its gaming rights in Macau were refreshed. Sands China’s existing concession was due to end on June 26 this year, but for now it is to be extended – along with the other five operators – by about six months, to December 31, pending Macau government work on the future legal framework for the industry.