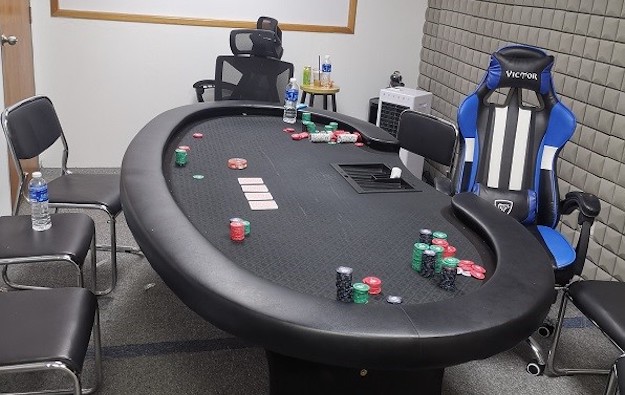 Singapore police have arrested a total of 35 people for gambling offences, in two unrelated cases made public on Tuesday.

In one instance, the police arrested 11 men, aged 21 to 38, for alleged offences under the Common Gaming Houses Act, said an official statement.

It added that the arrests followed a raid on October 17 at an office within an industrial building, that had allegedly been operating as an illegal gambling den.

“Preliminary investigations revealed that a 32-year-old man purportedly operated the gambling den, with two men, aged 21 and 38 respectively, assisting in the management of the illegal operations,” the police stated.

Eight other men, aged between 23 and 38, were suspected of participating in illegal gambling activities at the venue.

Under Singapore’s Common Gaming Houses Act, any person found managing or assisting in managing a common gaming house is liable to a fine of up to SGD50,000 (US$36,884) and imprisonment of up to three years.

Persons found gaming in a common gaming house shall be liable upon conviction, to a fine not exceeding SGD5,000 or to imprisonment of up to six months or to both.

In a separate operation, the Singapore police arrested 23 men and a woman, aged between 46 and 76, also for gambling offences. Cash amounting to SGD8,300 (US$6,123) was seized, according to an official statement.

Those arrests were linked to a five-day enforcement operation conducted by Singapore’s Central Police Division. The operation targeted illegal gambling and vice activities.

The release for the second case did not provide details on the alleged crimes perpetrated by those detained.

Philippine gaming investor Leisure and Resorts World Corp reported a net loss of nearly PHP222.4 million (US$4.2 million) in the first three months of 2022, up from PHP125.6 million a year earlier.... END_OF_DOCUMENT_TOKEN_TO_BE_REPLACED