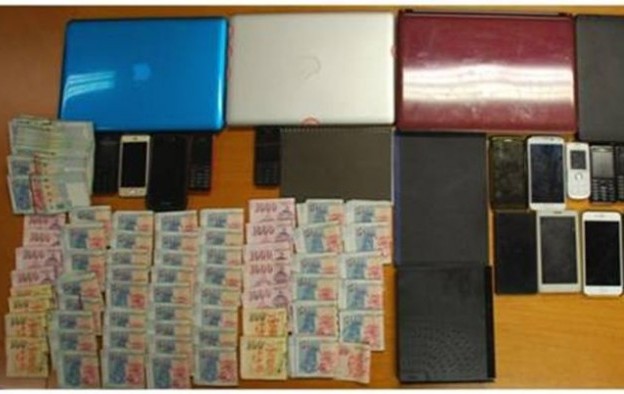 Singapore police on Sunday arrested nine men and two women, aged between 26 and 51, for their suspected involvement in providing illegal remote gambling services.

This is the first alleged illegal syndicate to be investigated by Singapore’s authorities under the new Remote Gambling Act 2014, the force said in a press release on Monday.

Preliminary investigations revealed that the suspects are believed to have received illegal bets amounting to about SGD3 million (US$2.25 million) in the past two weeks.

During a citywide operation on Sunday, police officers mounted simultaneous raids at various locations in Singapore, the statement added.

Cash amounting to SGD215,000, an array of computers, mobile phones and other documents such as betting records and bank transaction record booklets were seized (pictured).

Police investigations are still ongoing. The release did not provide details on the type of bets accepted by the syndicate.

Under the city-state’s Remote Gambling Act 2014, enacted last February, any person who provides unlawful remote gambling faces a fine of of between SGD20,000 and SGD200,000, up to five years in jail, or both.

“The Remote Gambling Act 2014 was enacted to tackle groups and individuals who profiteer from unlawful remote gambling to the detriment of the public at large,” deputy police commissioner Tan Chye Hee said in a statement.

“Police are determined to stamp out unlawful remote gambling and will continue to take tough enforcement actions against those who flout the law,” he added.