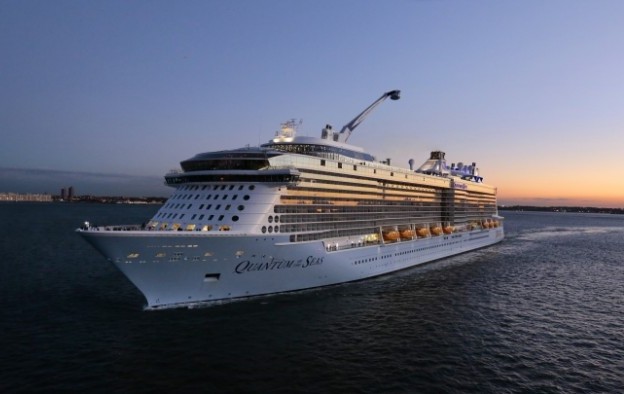 “This five-year tripartite collaboration, the longest ever, is expected to bring some 623,000 international fly-cruise visitors to Singapore, and generate over SGD430 million [US$314.9 million] in tourism receipts between end-2019 and 2024,” said the tourism authority.

The announcement of the partnership was in tandem with news of the cruise line’s five-year Quantum Class deployment in Singapore, which includes Quantum of the Seas (pictured), considered one of Asia’s largest cruise ships.

According to the release, Quantum of the Seas will be based in Singapore until April next year, and is “expected to add some 150,000 overseas and local guests to the local cruising scene”. The ship will sail to destinations such as Penang, in Malaysia; Phuket in Thailand; and Ho Chi Minh City in Vietnam, according to media reports.

More Quantum-class ships – the second-largest class in Royal Caribbean’s fleet – will be based in Singapore over the next five years under the new partnership. An international cruise ship with a casino on board would under most circumstances only be allowed to operate such a facility when in international waters, not while in harbour.

Annie Chang, director for cruises at the Singapore Tourism Board, was quoted as saying in the release: “We are pleased to once again partner Royal Caribbean and Changi Airport Group to grow cruising in Singapore and Southeast Asia. This being Royal Caribbean’s longest Singapore homeport deployment with a larger ship underscores its confidence in Singapore and the region.”

The release also quoted Angie Stephen, managing director for Asia Pacific of Royal Caribbean Cruises, as saying that the five-year deal to make Singapore a home port for the group’s Quantum Class ships, “sets the stage” for the company to expand Singapore’s role as the “cruise hub of Asia”.

To support the growth of the fly-cruise business, Singapore recently launched what it terms a “seamless intermodal transfer service” for passengers flying into Singapore and sailing out on cruise lines and ferries. From December 1, Royal Caribbean guests from China will be offered the transfer service as part of new fly-cruise travel packages setting out from Singapore, said the Singapore Tourism Board.

Fly-cruise is a fast-growing passenger segment in Singapore, with cruise numbers rising steadily in recent years, said the tourism board. Official data showed there were 1.87 million people making journeys via cruise vessels either to or from Singapore in 2018.

Most of Macau’s casino operators are likely to generate positive free cash flow in the first quarter, given the robust recovery level of mass-market gross gaming revenue (GGR) in January, relative... END_OF_DOCUMENT_TOKEN_TO_BE_REPLACED