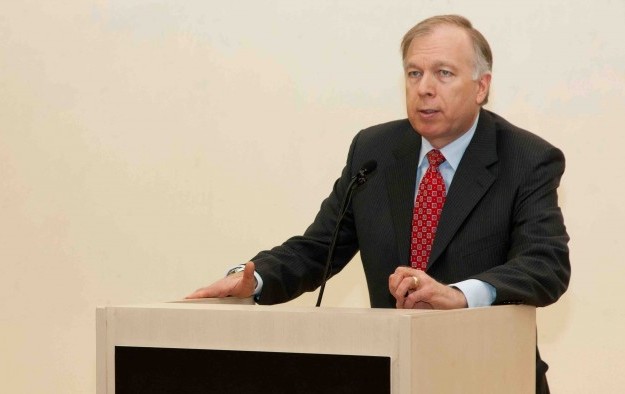 GGRAsia separately approached Melco Crown Entertainment and Mr Clayton for comment, but had not received a response from either party by the time this story went online.

Mr Sisk’s most recent casino management job was as chief operating officer of Genting Singapore Plc’s Resorts World Sentosa property in Singapore. He joined the resort in September 2014, according to a statement from that firm. He left the property in the first half of 2016, according to a June note from brokerage Sanford C. Bernstein Ltd in Hong Kong.

For six years up to April 2012, Mr Clayton had been executive vice president, operations, at Wynn Macau Ltd’s property Wynn Macau on the city’s peninsula.

Studio City opened on October 27 last year. Since then a number of investment analysts had said the property had been underperforming in the Macau market in casino gross gaming revenue terms relative to its number of gaming tables. Studio City launched as a mass-market focused resort and without VIP gambling tables, but is to get some soon.

Lawrence Ho Yau Lung, chairman and chief executive of Melco Crown, said on a conference call with analysts in August that having some VIP presence would probably provide “an overall better experience and positioning” for Studio City.

In a filing to the U.S. Securities and Exchange Commission on August 29, Melco Crown said it remained “focused on its efforts to drive performance, introducing special programmes to promote growth and optimisation of the property [Studio City] and its operations”. The firm said however that there was “no assurance that Studio City’s financial and operational performance will improve sufficiently in the remaining months of the year to meet all of its relevant financial targets”.

Under the US$1.4-billion Studio City senior secured facility agreement – of which the borrower is Studio City Co Ltd – several minimum financial condition requirements have to be met. In order for Studio City Co to meet such requirements for the year ending March 31, 2017, “the ramp-up of Studio City operations must be significantly accelerated” by then, said Melco Crown.

China has moved one step closer towards reopening, by relaxing some its Covid-19 control measures, with most infected people now able to quarantine at home rather than in state-sanctioned... END_OF_DOCUMENT_TOKEN_TO_BE_REPLACED