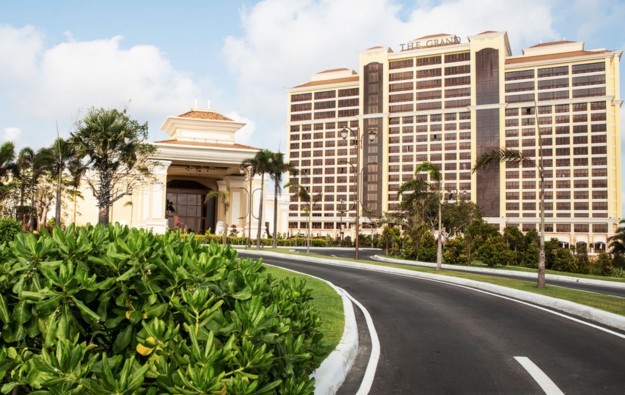 Vietnam’s Ba Ria-Vung Tau province has agreed a location for Ho Tram Project Co Ltd to build an airport, reported VietnamNet Bridge. It will serve guests of The Grand Ho Tram casino resort – a facility that is promoted by the company in that province – added the news outlet.

The airport – to be located in Loc An Commune in Dat Do District – will have services from larger airports in Vietnam, in order to bring in tourists to The Grand Ho Tram (pictured), said the news item. It added that the province’s official website indicated the new airport would cover 200 hectares (494 acres) and achieve payback within 50 years.

The report stated that the airport scheme must be added to a national zoning plan for transport development previously approved by the country’s prime minister. The project must also be submitted to Vietnam’s Ministry of National Defence and the country’s Ministry of Transport to allow those bodies to comment, before construction goes ahead.

On Monday Vietnam’s Thanh Nien newspaper – citing an official at the Ministry of Finance that it didn’t identify – reported that the latest version of a national draft decree on gaming, prepared by the country’s central government, proposed keeping in place a ban on locals entering casinos in Vietnam.

Management at the Ho Tram property had told GGRAsia in an October 2014 interview that the venue hoped to be part of a national pilot programme for locals to gamble, possibly via the use of an entry levy for locals or some other economic test.

An article in Macau’s draft new gaming law, to create a mechanism to dissolve an existing gaming concession in the event it was not granted a new licence after the current six concessions... END_OF_DOCUMENT_TOKEN_TO_BE_REPLACED