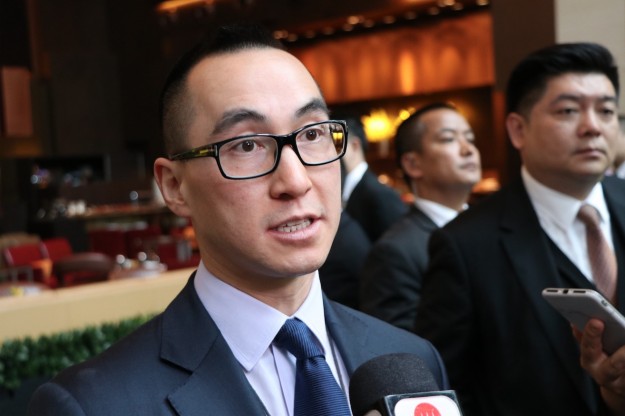 The chairman and chief executive of current Macau casino licence holder Melco Resorts and Entertainment Ltd says there is no need for more than six licensees in the market after expiry of the current gaming concessions in either 2020 or 2022.

But Melco Resorts’ Lawrence Ho Yau Lung (pictured) stated on the sidelines of a company event on Monday.“It’s really up to the [Macau] government… I would support… [the status quo] because at the end of the day, the six concessionaires have done quite a lot over the last 15 years.”

He added: “I think [it depends]… on what the Chinese government wants. They do want more growth in non-gaming rather than gaming. So it doesn’t make that much sense to have more [casino] licences.”

The Melco boss also said he was “confident” regarding the refreshment of Melco Resorts’ Macau rights post 2022, when his firm’s current concession expires.

“Melco [Resorts] has always done, from a diversification or a non-gaming standpoint – in my opinion –, more than most of our competitors. So we are very confident on that basis that we listened to the Macau government 10 years ago in terms of what they wanted. So I think we want to… continue to be good partners,” the Melco chief executive said.

Several investors in so-called satellite casinos that currently piggyback on one of the existing Macau permit holders have separately suggested either that the Macau government should allow local firms to bid for a concession in their own right or that Macau should adopt a different licensing scheme.

Mr Ho was also asked Monday whether Melco Resorts had an agreement with the promoters of The 13 Hotel – a stalled development situated at the border between Cotai and Coloane – that would allow the latter to open a casino via Melco Resorts’ gaming licence.

While he did not give a direct answer to that question, Mr Ho said that “it doesn’t really matter” whether The 13 Hotel had a “contract” with Melco Resorts or another Macau casino operator, as The 13 Hotel would have first to obtain Macau government approval for casino gaming.

“I think it is up to [The 13 Hotel’s] dialogue with the Macau government”, he added.

The 13 Hotel is being developed by the 13 Holdings Ltd. That company has recently announced a plan to change its name to “South Shore Holdings Ltd”. The change is subject to the passing of a resolution by shareholders at a special general meeting.

The 13 Holdings also said in a filing in late February that the casino in The 13 Hotel may open by March 31, 2019. The February filing also mentioned again a memorandum of understanding  – which it said had first been disclosed in a 2013 circular – with an “affiliate” of a licensed Macau casino operator in relation to the management and operation of the casino in the new property.

Mr Ho also referred on Monday to plans for phase two of Studio City, a casino resort in Cotai in which Melco Resorts owns a 60-percent stake. The executive reiterated that there would be “additional entertainment and additional hotel rooms” which he said would “complement phase one quite nicely”.

In February the Macau government granted a three-year extension on the development deadline for the plot where Studio City sits.

In terms of Melco Resorts’ flaghship Cotai property – City of Dreams Macau – Mr Ho said this year would be crucial in the business development of the property via the launch of a fifth hotel tower, Morpheus.

“As a result, we want our management to be as strong as possible,” the executive stated.

Referring to a recent executive shake-up Mr Ho added: “We also recognised that the City of Dreams Macau was not operating as well as Studio City and Altira Macau [in Taipa] last year… We are a local company with an international management mindset. If something doesn’t work, we will make swift changes,” he said.

“I think with the opening of Morpheus later on this year, that will be a catalyst to effectively relaunch City of Dreams Macau. [The property] will be nine years old this year, and what we are trying to do is to give our guests a whole new experience,” said the Melco chairman.

Casino equipment supplier Sega Sammy Creation Inc said in a Friday release it was debuting its Genesis Crest 43J cabinet in Asia. The product will be available at an in-person trade show, G2E Asia:... END_OF_DOCUMENT_TOKEN_TO_BE_REPLACED