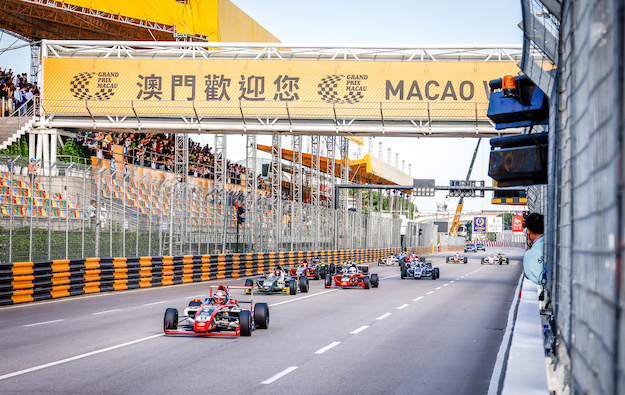 There will be no title sponsor for this year’s Macau Grand Prix race meeting, to be held from November 17 to 20, but the roster will include a few international competitors, despite existing travel restrictions applied locally and linked to the Covid-19 pandemic.

Macau’s six casino licensees will be sponsoring six out of the seven races, with their aggegate contribution being MOP28.5 million (US$3.5 million), it was announced on Monday at a press conference by the organising committee.

The seventh race in the schedule will be the Macau Motorcycle Grand Prix, this year with international riders, according to the organisers.

A press release issued by the Macau government said the Macau Grand Prix was “​​an important sports tourism brand project” for the city. “The staging of the Grand Prix amply demonstrates that Macau is both a vibrant and a safe city to visit,” stated the announcement.

The president of Macau’s Sports Bureau, Pun Weng Kun, said his organisation was coordinating travel arrangements with the overseas racers and their teams, as they would have to undergo medical observation at quarantine hotels once in Macau.