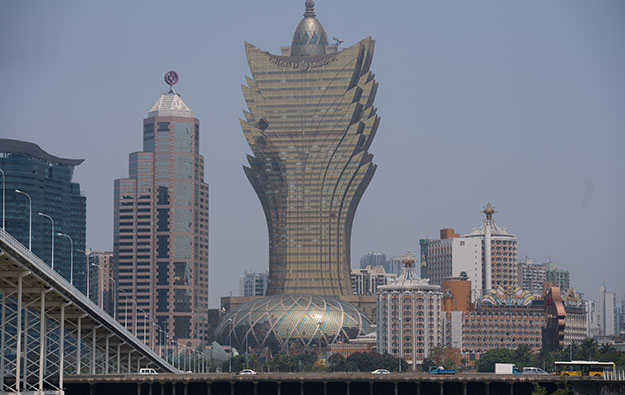 Macau casino operator SJM Holdings Ltd announced on Tuesday that Louis Ng Chi Sing has ceased to act as the company’s chief operating officer (COO) and authorised representative as of Wednesday (June 10). Mr Ng has also been redesignated from executive director to non-executive director, for an initial term of two years, the firm said in a filing after its annual general meeting.

Mr Ng had been a member of the executive committee of SJM Holdings’ board since 2009. Until Tuesday, he was also COO of the group’s unit that holds the Macau gaming licence, Sociedade de Jogos de Macau SA. Mr Ng will remain as an adviser of the subsidiary, said the parent company.

In Tuesday’s filing, SJM Holdings did not announce a replacement for the COO position. It said only that Ms Daisy Ho had been appointed as the authorised representative of the company.

Speaking to reporters ahead of the meeting, Ms Daisy Ho said the death of her father, Stanley Ho Hung Sun, would not have an impact on the firm’s operations, since the group’s founder had officially retired in 2018.

Brokerage JP Morgan Securities (Asia Pacific) Ltd said in a Tuesday memo it understood that the respective terms of office for SJM Holdings’ re-elected executives “would last another three years, until June 2023 (a year after the concession re-bidding in June 2022).” That was a reference to the expiry in June 2022 of the current six gaming concessions and sub-concessions.

“We are still of the view that any dramatic change of the board/control [of SJM Holdings] will likely occur after the licence rebidding,” added the JP Morgan team.

In other comments to media, Ms Daisy Ho said the company had already been applying for all the necessary operating permits for its upcoming Grand Lisboa Palace casino resort in Cotai. There is yet no official date for the opening of the property, with investment analysts highlighting the likelihood of a first-half 2021 opening.

The company’s CEO told reporters on the day of the annual meeting that SJM Holdings expected to record a first-half loss due to the negative impact on Macau’s casino industry from the Covid-19 pandemic and the related travel restrictions.

Mr So said the group’s “current revenue” amounted to only “10 percent” of the amount recorded during the same period last year. He said he expected the business volume to pick up gradually from the second half this year, once travel and border restrictions between Macau, Hong Kong and mainland China had eased.

South Korea on Thursday said it would from June 1 resume issuing short-term tourism visas for trips to the country’s mainland, for individual visitors and groups of tourists. Permits for... END_OF_DOCUMENT_TOKEN_TO_BE_REPLACED