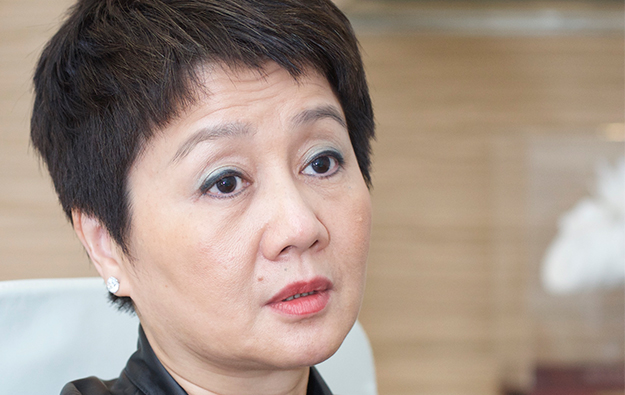 SJM Holdings Ltd executive director Angela Leong On Kei has said she supports a Macau government suggestion that casino workers be barred from taking part in any gaming-related activity inside casinos during non-work hours. But Ms Leong urged the local authorities to provide further details on the proposal and raised some concerns about how to implement such a ban.

Ms Leong’s comments were made on Monday at Macau’s Legislative Assembly. Ms Leong (pictured in a file photo) is also a Macau legislator.

“This initiative is worthy of my support,” Ms Leong said. “I hope its goals are clarified and that the proposal is carefully drafted to ensure its effective implementation,” she added.

Ms Leong stated that some gaming staff considered the proposed ban to be discriminatory treatment.

“The [government] should conduct consultation sessions with the [gaming] sector and also with its workers, to rethink how to draft this proposal and achieve a consensus,” she said.

Macau’s casino regulator, the Gaming Inspection and Coordination Bureau, also known by the Portuguese acronym DICJ, said on June 30 that 11 Macau casino worker groups broadly backed a government suggestion that casino workers be barred from taking part in any gaming-related activity inside casinos during non-work hours. Currently, casino operators in Macau typically bar their own workers from gambling in their own workplace, whether off-duty or on-duty.

In her Monday comments, Ms Leong highlighted what she considered some “difficult” issues – from a legal standpoint – regarding implementation of any such ban on gaming in Macau by Macau casino staff. Those included protection of personal data of gaming staff and handing out of penalties.

She also said that the Macau government should in the immediate term – and in partnership with the city’s six licensed casino operators – boost efforts to promote responsible gaming among the sector’s workforce.

Macau casino operator MGM China Holdings Ltd had a “record” market share in January, and its venues were the “highest-earning businesses” in the portfolio of the majority owner MGM Resorts... END_OF_DOCUMENT_TOKEN_TO_BE_REPLACED