SJM group sets out its stall for a Japan casino bid 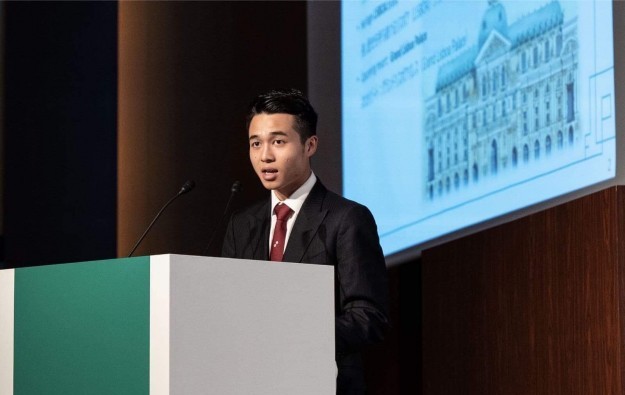 The gaming business founded by one of the most famous names in the casino industry worldwide would offer to Japan “alliances with China tourism” markets, “integrity in gaming” and a “duty of care” to staff and customers if it were a successful bidder for a Japan casino licence.

Mr Ho, a son of SJM Holdings founder Stanley Ho Hung Sun by his fourth consort, Angela Leong On Kei, was speaking at the Japan Gaming Congress in Tokyo on Friday.

The conference, organised by U.K.-based Clarion Events Ltd, was called to discuss the likely direction of casino market legalisation, and to enable gaming companies to explain why they would make good partners for local authorities in that country when pitching to the central government for a permit. An initial three licences are to be available in the first phase of liberalisation, according to a draft – approved by the central government in April – of the Integrated Resorts (IR) Implementation Bill.

Mr Ho’s presentation made reference to the long gaming, hospitality and entertainment pedigree of SJM Holdings and its associated “Lisboa” brand.

The SJM group, whose current Macau licence runs until 2020, provides a gaming licence for 20 casinos in Macau, according to data from the city’s regulator.

The Lisboa name was a “hospitality leader and with internationally-acclaimed brands,” stated Mr Ho, and offered an aggregate of “eight Michelin stars under one complex”. That was a reference to the combination of the Hotel Lisboa and its newer counterpart and currently corporate flagship the Hotel Grand Lisboa, in downtown Macau. They are linked by air-conditioned bridge.

Mr Ho said that as well as the group contributing to the cultural life and image of Macau – via long standing support for events such as the annual motor racing event the Macau Grand Prix, which will see its 65th edition this year – the group was also a leading supporter of community initiatives and responsible gaming practices.

This included, he said, a Macau responsible gambling advisor course and a certified gambling counsellor course.

Japanese lawmakers and policymakers have stressed the importance of the role of any casino operators invited to enter to Japan market in working with the public sector to minimise harm to consumers.