SJM has know-how to brand Japan via IR: Arnaldo Ho 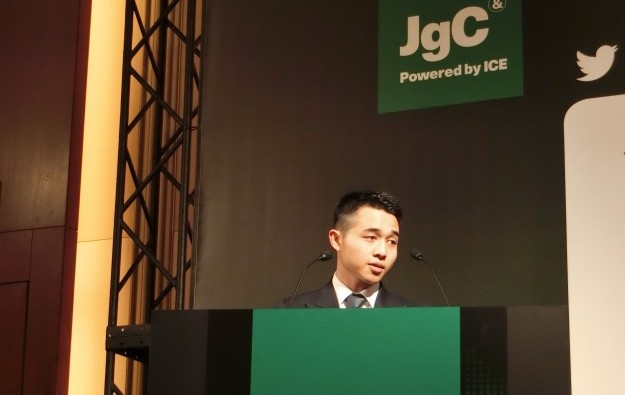 Macau’s SJM gaming marque could combine its decades of experience serving Chinese consumers with Japan’s service tradition in order to go about “branding Japan” via a casino resort in that country, a scheme also known there as an integrated resort or “IR”.

The younger Mr Ho was speaking on Thursday during the first day of the Japan Gaming Congress 2019 in Tokyo. The conference and networking event has been discussing Japan’s fledgling casino industry.

His son told conference delegates on Thursday that the service expertise of the brand founded by his father was complementary to the Japanese way of doing things, meaning SJM Holdings would be a good fit for the Japan market.

“’Omotenashi’ a unique way of Japanese hospitality… should be emphasised and promoted in ‘Brand Japan’,” he stated in his presentation.

“SJM will be more than happy to share our wealth of knowledge and experience of gaming and non-gaming operations with the Japanese, while also learning the Japanese service culture in a humble manner,” Mr Arnaldo Ho added.

The Japan National Tourism Organization defines ‘omotenashi’ as stemming from that country’s tea-ceremony culture, and “representing the Japanese mindset of hospitality centring around care rather than expectation”.

Mr Arnaldo Ho also stressed what he claimed was the ability of the SJM marque to show cultural sensitivity in the Japan context.

“We have the ability to bring new values and ideas to Japan without compromising the local community and tradition,” he told the event delegates.

Referring to SJM Holdings’ Macau roots, he noted: “Coming from a city of cultural diversity, we understand the cultural differences and the needs of customers from around the world, especially Asia and China.”

He said the under-construction Grand Lisboa Palace – a HKD36-billion (US$4.6-billion) SJM Holdings-promoted Cotai resort due to open shortly – was an example of the marque’s ability to combine the best of East and West.

China “will be one of our primary markets for Japan”, said the executive.

“Over years we have built up a solid relationship with customers and business organisations in China, such as the China Travel Service, China Duty Free Group and top travel agents and tourism institutions.”

Though he added: “We must not forget that Japan’s local market is an equally important demographic” in terms of recurring visitors and revenue streams.

“A sustainable IR [integrated resort] must tap in to these two primary markets,” he noted.

“Japanese visitors will seek new experiences that are not [currently] available in Japan, whereas Chinese customers are always looking to enjoy authentic Japanese culture.”

The executive pointed out the SJM marque had been the first in Macau to offer two restaurants with three Michelin stars each: Robuchon au Dôme and the Chinese restaurant The Eight, both at Grand Lisboa. A number of investment analysts have mentioned high-quality food as an important non-gaming attraction for Chinese – and Japanese – tourists.

The Pragmatic Play brand, a leading content provider to the iGaming industry, says it has signed a deal to launch its complete slot portfolio on the bet365 online wagering platform. As a result,... END_OF_DOCUMENT_TOKEN_TO_BE_REPLACED