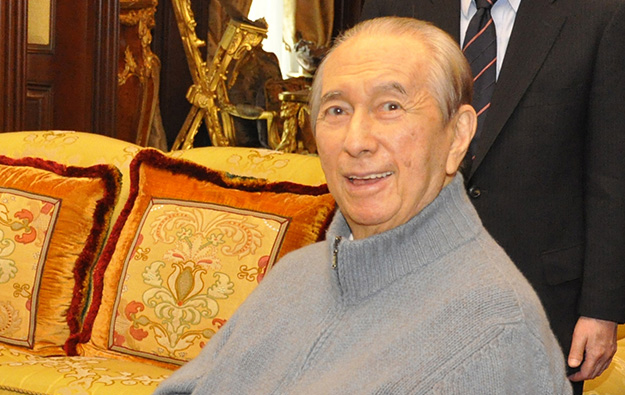 Ina Chan Un Chan spoke to the media outside the Hong Kong Sanatorium and Hospital in Happy Valley on Saturday alongside her daughter Laurinda Ho Chiu Lin, one of the 97-year-old businessman’s 17 recognised children from an aggregate of four consorts.

“He is in good shape. I don’t know why there were such rumours,” Ms Chan was quoted on Saturday by the South China Morning Post as saying. She added that Mr Ho (pictured in a file photo) had been able to eat and to communicate with family members.

On Friday, some local media reported that Mr Ho’s health had worsened, and suggested he was receiving emergency medical care and that doctors had asked family members to ensure attendance at the hospital.

Local media accounts also stated several other of the entrepreneur’s children – including Daisy Ho Chiu Fung, who took over from him last year as chairman of SJM Holdings Ltd, the Macau casino operator that he founded for operations the post monopoly era – had attended the hospital over the weekend.

A casino cruise brand reportedly controlled by Malaysian entrepreneur Lim Kok Thay is to launch services from Singapore fewer than five months after the Lim family-founded Dream Cruises brand of the... END_OF_DOCUMENT_TOKEN_TO_BE_REPLACED