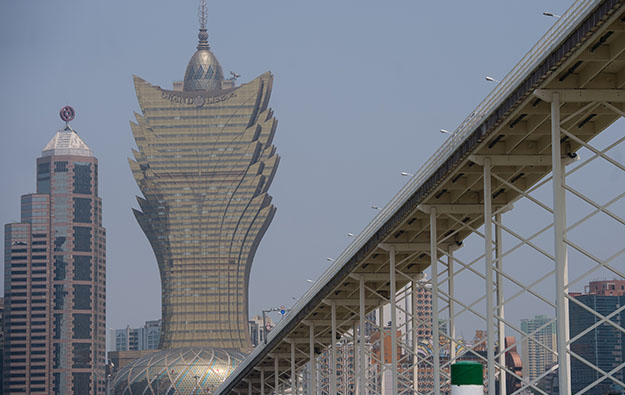 SJM Holdings’ board proposed a final dividend of HKD0.21 per share for 2018, subject to shareholder approval.

The casino firm reported total revenue of HKD34.41 billion for the full year, up 8.3 percent from the previous year. Net gaming revenue accounted for 97.9 percent of the company’s aggregate revenue.

SJM Holdings recorded annual adjusted earnings before interest, taxation, depreciation and amortisation (EBITDA) of HKD3.72 billion, up 21.1 percent from 2017. The group’s adjusted EBITDA margin increased to 10.8 percent in full-year 2018, from 9.7 percent in the prior year.

VIP gross gaming revenue declined by 1.1 percent year-on-year in 2018, to nearly HKD19.66 billion; mass table gaming revenue was up by 12.1 percent to HKD23.08 billion. Slot machine and other gaming operations reported revenues that increased by 12.6 percent to almost HKD1.16 billion, said the firm.

VIP gross gaming operations accounted for less than 44.8 percent of SJM Holdings’ total gross gaming revenue in 2018, as compared with 47.9 percent in the previous year.

Union Gaming Securities Asia Ltd analyst Grant Govertsen said in a Friday memo: “While the company grew portfolio-wide mass in the high single digits and within striking distance of the market-wide growth rate, VIP continues to underperform the market (with the underperformance accelerating in the fourth quarter 2018).”

He added: “Ultimately we attribute this to the widening gulf between the peninsula and Cotai with VIP customers, all other things being equal, exhibiting a flight to quality and patronising new properties and/or new/refurbished VIP rooms on Cotai.”

The company said in a separate press release also issued on Thursday that construction work for the firm’s new casino resort, the HKD36-billion Grand Lisboa Palace in Macau’s Cotai district, would be completed “in the first half of this year”, with operations beginning “as soon as possible thereafter”.

A Thursday note from brokerage Sanford C. Bernstein stated: “On Grand Lisboa Palace, management is confident that the construction will be completed by June 2019 and opening date will depend on when it receives government approvals. The process normally takes five to six months per management, but we think it could take longer.”

SJM Holdings’ Grand Lisboa casino hotel (pictured) reported a 4.7 percent year-on-year increase in GGR in 2018 to more than HKD15.66 billion. The flagship property recorded an adjusted property EBITDA increase of 24.3 percent as compared to the year-earlier period, to HKD2.08 billion.