SJM Holdings not joining race for workers: So 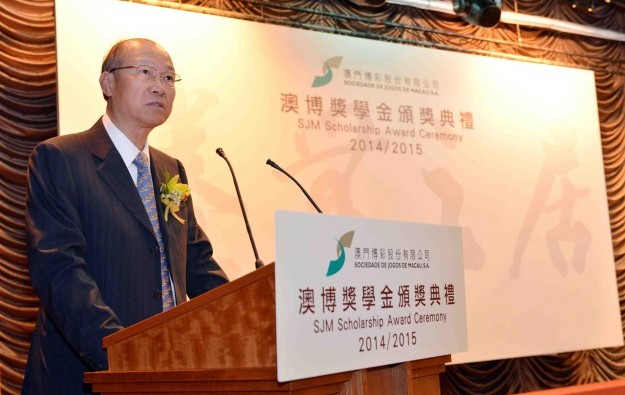 SJM Holdings Ltd chief executive Ambrose So Shu Fai (pictured) says the Macau casino operator is not joining the race for workers – at least not for now -, as rivals in the industry announce pay bonuses and share award programmes to retain and attract staff.

“We have a very stable working force. We are not having any big recruitment until our property [Lisboa Palace] is completed in Cotai in 2017,” Mr So said on Monday.

Casino operators in Macau have been maximising employee benefits in a bid to retain and help recruit staff ahead of the opening of the new casino resorts in Cotai.

Galaxy Entertainment Group Ltd on Monday announced a pay bonus and share award to encourage staff at senior manager grade and below to stay with the company until the end of 2017. The second phase of the company’s Galaxy Macau casino resort is scheduled to open next year.

Sands China Ltd announced last month it would pay its staff a special award bonus for July, which would also apply as a supplement to the July payroll in 2015, 2016 and 2017. The company forecasts to open its new Parisian Macao casino resort in late 2015.

Mr So said SJM Holdings is not in a hurry to hire workers and has not seen a high turnover of staff. The company will however assess the labour market closer to the completion of the Lisboa Palace.

“We are not joining the race today. No need for us to do so until near the completion time [of the Lisboa Palace],” said the company’s CEO.

“Near that date we will look and judge the labour supply before we can formulate any realistic policy in order to react to what will be the labour market by then,” he added.

The Lisboa Palace will provide up to 700 gaming tables and over 1,200 slot machines. The total construction cost is approximately HKD30 billion (US$3.9 billion).

Mr So said the Cotai project is on schedule, but admitted that finding enough construction workers in Macau has been a challenge.

“Whether you have enough construction labour … is a major factor to whether you can complete your project in time. We are monitoring the situation, but it is quite tight everywhere,” he said.

Commenting on July’s gross gaming revenue (GGR), Mr So said it was “just a temporary decline”.

Macau’s casino GGR for July fell by 3.6 percent year-on-year to MOP28.4 billion (US$3.56 billion). It was the second consecutive decrease, after GGR declined by 3.7 percent in June.

“Everything goes up and down. We cannot say that two months is the start of a trend. We will have to wait and see, maybe in the last quarter it catches up,” said the executive.

Mr So was speaking on the sidelines of an SJM Scholarship Award ceremony. The company awarded scholarships to 38 children of staff.

More than 500 people are still inside the Grand Lisboa casino hotel after the complex was locked down on Tuesday by the local authorities, said an official during a Wednesday afternoon briefing on... END_OF_DOCUMENT_TOKEN_TO_BE_REPLACED