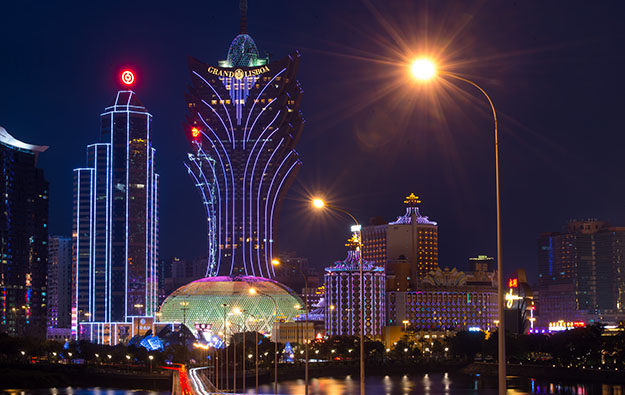 SJM Holdings’ board proposed a final dividend of HKD0.15 per share for 2017, subject to shareholder approval.

The casino firm reported total revenue of HKD41.9 billion for the full year, up 0.2 percent from the previous year. Gaming revenue accounted for 98.6 percent of the company’s aggregate revenue.

SJM Holdings recorded annual adjusted earnings before interest, taxation, depreciation and amortisation (EBITDA) of HKD3.07 billion, down 10 percent from 2016. The group’s adjusted EBITDA margin – on a Hong Kong generally accepted accounting principles basis – decreased to 7.3 percent in full-year 2017, from 8.2 percent in the prior year.

Gaming revenue was HKD41.29 billion for the 12 months ended December 31, representing a slight increase of 0.1 percent from the previous year. VIP gaming revenue declined by 0.3 percent year-on-year in 2017 to nearly HKD19.88 billion; mass table gaming revenue was up by 0.6 percent to HKD20.58 billion. Slot machine and other gaming revenues posted a slight annual decline, said the firm.

The results were “in line with share loss in mass continuing” as a trend for SJM, said analysts Vitaly Umansky, Zhen Gong and Cathy Huang of brokerage Sanford C. Bernstein Ltd in a Wednesday note.

VIP gaming operations accounted for 48.1 percent of SJM Holdings’ total gaming revenue in 2017, as compared with 48.3 percent in the previous year.

“Macau saw the beginning of a turnaround in its casino gaming market in 2017, and SJM has entered 2018 in a strong position,” said SJM Holdings chief executive, Ambrose So Shu Fai, in a statement included in a press release also issued on Wednesday.

“We are still striving for construction to finish by the end of this year,” he added. Earlier this month, the SJM Holdings CEO said the company was aiming to start operations in Cotai in 2019.

Macau’s six casino operators have welcomed “the timely unveiling” of key aspects of a bill proposing a new regulatory system for gaming that will shape how the industry looks for years ahead.... END_OF_DOCUMENT_TOKEN_TO_BE_REPLACED