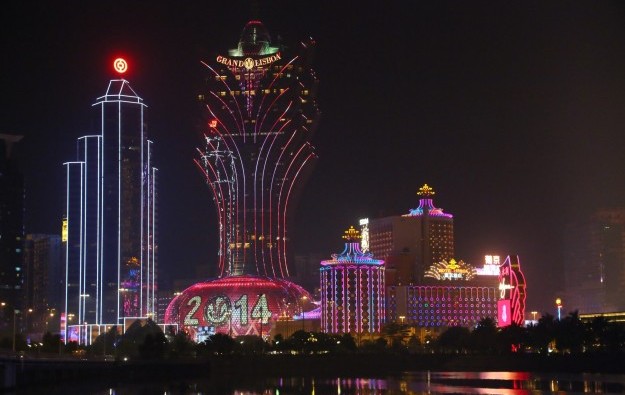 Macau casino operator SJM Holdings Ltd reported slower revenue and profit growth in the first half of 2014 compared to a year before.

Total revenue for the period was HKD44.4 billion (US$5.7 billion), up by 4.7 percent from a year earlier, SJM Holdings said in a filing to the Hong Kong Stock Exchange on Wednesday. Gaming revenue was HKD44.1 billion, increasing by 4.7 percent year-on-year, the company added.

SJM Holdings, founded by gaming tycoon Stanley Ho Hung Sun, reported a profit of HKD3.9 billion for the first six months of 2014, an increase of 1.9 percent compared to a year ago. The growth pace slowed from 12.2 percent for the same period last year.

“Attributable profit in the reported period was affected by deductions of share-based payments of HKD151 million, as compared with zero in the corresponding period last year,” the company said.

Adjusted earnings before interest, taxation, depreciation and amortisation (EBITDA) rose by 4.1 percent to HKD4.4 billion in the period, the casino operator said in the statement.

The company declared an interim dividend of HKD0.22 per share to be paid on September 17.

“SJM’s strong financial position allows us to continue growing and upgrading our principal properties on Macau Peninsula, whilst undertaking construction of our mega-resort on Cotai and increasing dividend returns to shareholders,” Ambrose So Shu Fai, chief executive of SJM Holdings, said in a separate statement.

Competition is intensifying for the owner of the Grand Lisboa and Lisboa casinos in Macau’s city-centre as rival gaming operators increase their offering on the Cotai Strip, where SJM Holdings is not scheduled to have a property until 2017.

SJM Holdings is building the HKD30 billion Lisboa Palace on Cotai, which will feature up to 700 gaming tables and 1,000 slot machines, as well as 2,000 hotel rooms.

The slower growth in the first half of 2014 was partially attributed to the more volatile VIP segment and the re-classification of some tables.

VIP gaming operations accounted for 62.8 percent of SJM Holdings’ total gaming revenue in the first half, down from 69.4 percent a year ago.

The firm said that in the first half of 2013, VIP gaming revenue included HKD2.3 billion of revenue from some high-limit mass-market gaming tables that were classified as VIP gaming tables “due to game size”.

The company said it would expand offering in Grand Lisboa catering for the so-called premium-mass players, who place bigger bets than average mass-bettors and incur lower costs than VIPs brought in by junkets.

“In the second half of 2014, work is being undertaken to add up to 14 more premium mass market tables on the mezzanine floor of the casino, to shift 7 tables from other areas to the high-yielding first floor and to add electronic table games on the second floor,” it said in Wednesday’s filing.

SJM Holdings said it expects performance in the second half to remain “susceptible to the overall economic performance of the surrounding region and the level of visitation to Macau, as well as to the competitive situation among the casino operators in Macau”.

Macau’s casino revenue for July fell by 3.6 percent year-on-year, following a 3.7 percent decline in June. It was the first time in more than five years that monthly casino gaming revenue fell in year-on-year terms for two consecutive months.

The market-wide lower than expected growth in mass table revenue and a continued decline in VIP play last month have led analysts to cut their revenue forecasts for the Macau market in 2014.

In a note to clients on Tuesday, Union Gaming Research Macau Ltd lowered its 2014 forecast for both VIP and mass-market segments. “We are now modelling -3 percent VIP for the full-year 2014 (and -8 percent in 2H14),” it said. That’s down from a June growth forecast of 7 percent.

The research house is now expecting a 6 percent full year GGR growth in 2014, down from a previous forecast of 13 percent.

Kenneth Fong of Credit Suisse AG in Hong Kong said in a note on Thursday: “Despite a better-than-expected 2Q14 result, we are cautious on its recent operating trend. We estimate that SJM’s mass-market share has declined from 25.5 percent in June to around 20 percent in the first week of August. Due to the limitation of its older property design and given that junkets are more aggressive in acquiring players from mass floor, we believe its mass market share is likely to remain under pressure in the near term.”