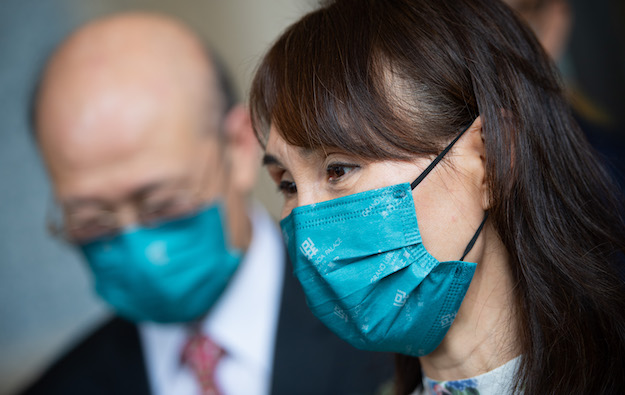 Macau casino operator SJM Holdings Ltd’s chairman and executive director, Daisy Ho Chiu Fung (pictured), said on Wednesday that the company’s refinancing of HKD19-billion (US$2.4-billion) in syndicated loans has been approved by the Macau government, and by the banks involved.

Ms Ho said additionally the company should be able to draw from the new loan facility this month. She was speaking to reporters on the sidelines of the company’s annual general meeting.

In late February, SJM Holdings had extended by one year the maturity of its syndicated banking facilities, originally consisting of a HKD15-billion term loan, and HKD10-billion revolving credit, with HKD13.3-billion of the aggregate amount being outstanding.

The institution added that the new maturity date on SJM Holdings’ facilities would be 2028, and the effective interest rate would be the Hong Kong Interbank Offered Rate (HIBOR) plus 1.5 percent to 2.25 percent.

In early May, SJM Holdings had indicated to investment analysts it had the option to ask for an up to HKD5-billion loan from parent Sociedade de Turismo e Diversões de Macau SA, also known as STDM, if faced with liquidity problems.

Casino equipment supplier Sega Sammy Creation Inc said in a Friday release it was debuting its Genesis Crest 43J cabinet in Asia. The product will be available at an in-person trade show, G2E Asia:... END_OF_DOCUMENT_TOKEN_TO_BE_REPLACED