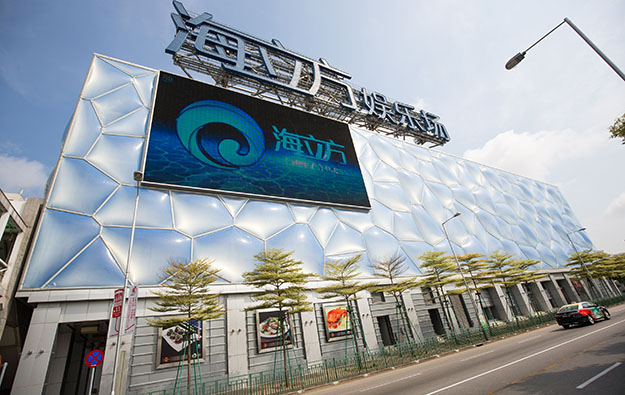 The casino firm issues its results on a half-year basis, in line with Hong Kong Stock Exchange requirements. Its latest report was on Tuesday, when it swung to a first-half loss, blaming the disruption wrought by Covid-19.

For the first six months of 2020, the group nonetheless reported a 0.9 percentage point increase year-on-year in GGR market share, to 15 percent, it said.

SJM Holdings’ annual GGR market share relative to Macau’s other five casino operators had dwindled annually from a leading 29 percent in 2011, according to the firm’s annual reports filed with the Hong Kong bourse.

They added: “This is largely attributed to the local mass business on the [Macau] peninsula in which SJM has a stronger position than peers. This share gain is an anomaly of the current market.”

The analysts were referring to the fact most of the casino group’s venues are in downtown Macau, and that there are currently low levels of inbound tourism to the city, coinciding with Covid-19. The decrease in tourism has contributed to a sharp year-on-year decline in GGR in Macau.

SJM Holdings is yet to open a venue in the Cotai district, but is working to do so soon.

Ambrose So Shu Fai, the group’s vice-chairman and chief executive, said in comments contained in a press release issued the same day as the first-half results, that SJM Holdings was “working closely” with the Macau government to complete the procedures to open its first large-scale gaming resort on Cotai, the HKD39-billion Grand Lisboa Palace.

Sanford Bernstein said in its Tuesday note: “We are sceptical the property will open (at least in any meaningful way) until early next year.”

The brokerage stated that “considerable hiring and inspections… need to be done” for the property.

The institution added: “Final timing of opening and phasing will depend on various factors, including Covid-19 being under control, the further relaxation of border restrictions, IVS visa resumption, and the rebound of actual demand.”

John DeCree, an analyst at Union Gaming Securities LLC, said in some Tuesday commentary on Grand Lisboa Palace, after SJM Holdings’ first-half results: “We do not include any meaningful revenue in our model until second-quarter 2021, which provides some conservatism in the event of a partial opening or slow initial ramp.”

Andrew Lo Kai Bong (pictured), a senior executive at Hong Kong-listed casino investor Suncity Group Holdings Ltd, acquired controlling shares in the firm with effect from May 13, according to... END_OF_DOCUMENT_TOKEN_TO_BE_REPLACED