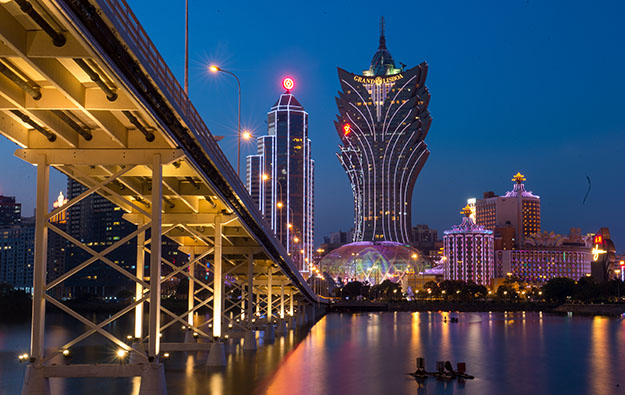 Macau casino operator SJM Holdings Ltd has under local law to issue a request to the city’s government if it wants an extension of its gaming concession before its contract ends in March 2020, says a Macau-based gaming lawyer. Such request has to be submitted at least six months before the term of the concession, noted Bruno Beato Ascenção of Macau law office BBA – Legal, in comments to GGRAsia.

“In the case of SJM Holdings, their concession was granted for 18 years only, meaning that the government may authorise one or more extensions – which means that the concessionaire must request such extension up to six months before the term of the concession – up to the 20-year limit,” explained Mr Ascenção.

“Beyond such limit, it may be exceptionally extended by the government, if duly justified, up to a further limit of five years,” he added.

The current Macau concessions expire on various dates in either 2020 or 2022. First to end are the respective current licences of SJM Holdings and its sub-concession, MGM China Holdings Ltd.

In SJM Holdings’ case, upon expiration of the concession contract on March 31, 2020, the company – as well as MGM China – might in fact get an extension of up to a maximum of seven years, says gaming attorney Jose Alvares, a partner at Macau-based CA Lawyers.

“In my opinion, the law is clear in that the five-year extension is in relation to the 20-year period, meaning SJM’s [concession] can be extended for two years and then for an additional five-year period,” Mr Alvares told GGRAsia.

A spokesperson from Macau’s Gaming Inspection and Coordination Bureau told GGRAsia that the regulator had “no further information” to provide when asked if SJM Holdings had requested an extension of its current concession.

Ambrose So Shu Fai, chief executive of SJM Holdings, said last June that it was the firm’s intention to seek a two-year extension for its gaming concession prior to its scheduled expiry.

Mr So said at the time that the reason was to allow the firm to compete for fresh Macau gaming rights “at the same pace” as four other gaming operators in the city, that see their current rights expire in 2022. He told reporters then that the firm had not yet made such a request to the Macau government.

GGRAsia requested a comment from SJM Holdings on the matter but did not receive a reply by the time the story went online.

BBA – Legal’s Mr Ascenção said the eventual extension of SJM Holdings’ concession made sense from an administrative standpoint. “I think it’s a case of public interest, in order to align the terms of all of the gaming concessions, so that it is more convenient for the next government to make decisions regarding the future of the industry,” said Mr Ascenção.

A common view among gaming law experts is that the SJM Holdings concession – and the MGM China sub-concession – might be extended for an additional two years so that they expire in the same year as the other four incumbent operators, and then the Macau government extends all licences for a period of up to five years, i.e., until 2027. The negotiation for the extension of these contracts however will likely fall upon the next Macau Chief Executive, whose term will start on December 20, 2019.

Once such extension ends, the government would then launch an international public tender, likely after the announced revision of Law No. 16/2001.

Macau government officials have been non-committal when quizzed about the possible refreshment of the city’s six gaming concessions. The government commissioned in 2017 two studies on the possible development of Macau’s gaming sector in the period between 2020 and 2030. The studies were due to be completed within the third quarter of 2018 but their completion has been delayed, the city’s Economic Bureau confirmed to GGRAsia.

The imminent return of package tours from mainland China will not only help boost Macau’s tourism businesses, but is also expected to help casinos gain more foot traffic in their mass gaming... END_OF_DOCUMENT_TOKEN_TO_BE_REPLACED