SJM slips to 1H loss amid pandemic, market share up 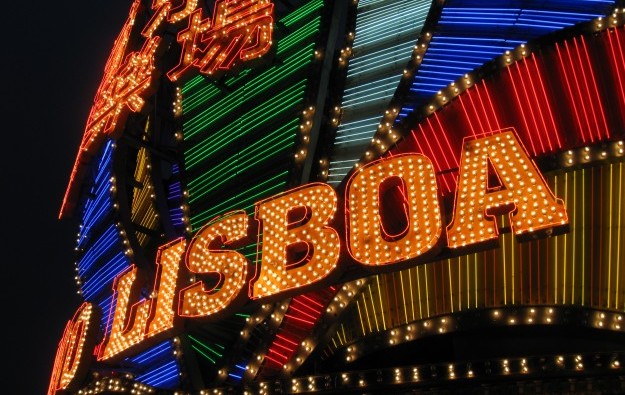 Macau casino operator SJM Holdings Ltd (SJM) slipped to a first-half loss, on group net revenue that fell 74.4 percent, it said in a Tuesday filing to the Hong Kong Stock Exchange. The firm said the result was related to the impact of Covid-19 on its operations.

SJM Holdings’ first-half loss was just over HKD1.41 billion (US$182.2 million) compared to nearly HKD1.68-billion in profit for the prior-year reporting period.

The firm’s board did not recommend an interim dividend for the six months to June 30. In the prior-year period it paid HKD0.08 per share.

Group net revenue for the six months to June 30 was HKD4.37 billion, versus HKD17.07 billion in the prior-year period.

“SJM’s first-half results reflect the severe contraction in travel and tourism caused by the Covid-19 pandemic,” said Ambrose So Shu Fai, the group’s vice-chairman and chief executive, in comments contained in a press release issued the same day.

He added: “In this environment, we strive to control our running costs at a prudent level.”

The CEO also stated the group was “working closely” with the Macau government to complete the procedures to open its first large-scale gaming resort on Cotai, the HKD39-billion Grand Lisboa Palace.

SJM Holdings’ existing self-promoted casinos are: Casino Grand Lisboa at Grand Lisboa; Casino Lisboa inside Hotel Lisboa; Casino Oceanus at Jai Alai – including the gaming area in the Jai Alai building; and Casino Taipa. Casino operations at Casino Eastern, at the Hotel Grand Lapa building, are currently discontinued, according to the Macau government.

The group’s VIP GGR at self-promoted sites for the first half was down 81.6 percent, at just under HKD834 million, versus approximately HKD4.53 billion a year earlier.

In this year’s first half, VIP gaming operations accounted for 28 percent of the group’s total GGR, as compared to 36.5 percent for the corresponding period last year.

The group’s VIP GGR in the latest reporting period amounted to approximately 8.6 percent of total VIP gaming revenue in Macau, compared to 10.7 percent in the corresponding period last year, said the firm, citing figures based on comparison with market data from the local regulator.

Mass-market table gaming GGR comprised 67.2 percent of the group’s total GGR in the reporting period, as compared to 60.7 percent in the corresponding period last year.

Such slot GGR was 4.8 percent of the group’s total GGR in the reporting period, as compared to 2.8 percent in the corresponding period of last year.

In the reporting period, the group’s slot GGR was approximately 12.2 percent of total slot revenue in Macau, compared to 7.9 percent in the corresponding period last year, said the firm, citing comparison with market data from the local regulator.

As of June 30, SJM Holdings provided its licence to 15 so-called satellite casinos operating a total of 514 mass-market gaming tables, 78 VIP gaming tables and 510 slot machines. In those scenarios, the group shares economic value with other parties.

GGR from satellites was down 74.4 percent, at HKD2.70 billion, compared to HKD10.55 billion in the prior-year first half.

Most of Macau’s casino operators are likely to generate positive free cash flow in the first quarter, given the robust recovery level of mass-market gross gaming revenue (GGR) in January, relative... END_OF_DOCUMENT_TOKEN_TO_BE_REPLACED