SJM to finish Lagerfeld hotel after death of couturier 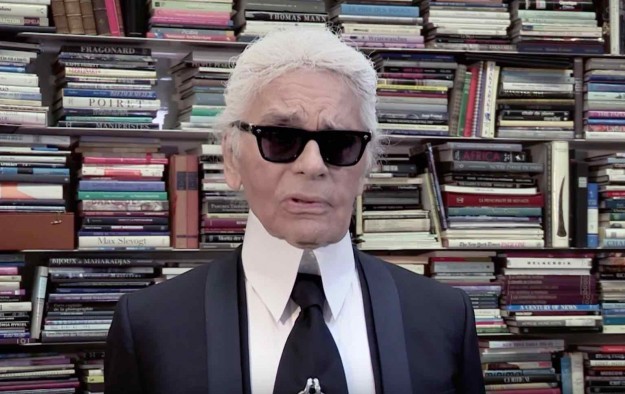 Macau casino operator SJM Holdings Ltd said in a Wednesday statement it would press ahead with a Karl Lagerfeld-branded hotel at its under-construction HKD36-billion (US$4.6-billion) Grand Lisboa Palace property on Cotai.

The death in Paris, France, of Mr Lagerfeld (pictured), reportedly aged in his 80s – who had worked as a couturier for fashion brands including Chanel and Fendi – was announced on Tuesday.

The hotel bearing his name had originally been due to be completed in 2017, according to a press release issued at the time by SJM Holdings after the deal was signed with him in person in Paris in March 2014.

The casino firm said in its Wednesday statement: “SJM is deeply saddened by the news of the passing away of Karl Lagerfeld, and offers our heartfelt condolences to his family and friends.”

The statement added: “Our thoughts are with them and with all those in the design world to whom he was such an inspiration. It has been an honour for SJM to work with him, and we look forward to completing the Karl Lagerfeld Hotel at the Grand Lisboa Palace in Macau as a legacy to his creative genius.”

In its 2017 annual report, published in April last year, SJM Holdings mentioned a Karl Lagerfeld-branded hotel as one of three hotel brands at Grand Lisboa Palace that would supply in aggregate 2,000 hotel rooms. The other hotels are a Palazzo Versace hotel named after the late Italian designer Gianni Versace, and a venue-branded hotel.

After the original Karl Lagerfeld hotel deal was signed, SJM Holdings had mentioned it would have up to 270 guestrooms and suites in a “20-storey exclusive tower”.

An executive of Karl Lagerfeld Group BV had said at the time that the project marked “an important milestone” in the development of the brand and business “globally and specifically in Greater China”.

Italian designer Donatella Versace, sister of Gianni Versace – and who had attended a press conference at SJM Holdings’ current Macau flagship property Grand Lisboa at the time the Versace-branded hotel was announced – was quoted on Tuesday as paying tribute to Mr Lagerfeld for the way he influenced her work and that of her late brother.

A Macau court was offered evidence on Monday, including of recordings from police-wiretapped telephone conversation, that the prosecution says proves the direct involvement of Levo Chan Weng Lin... END_OF_DOCUMENT_TOKEN_TO_BE_REPLACED