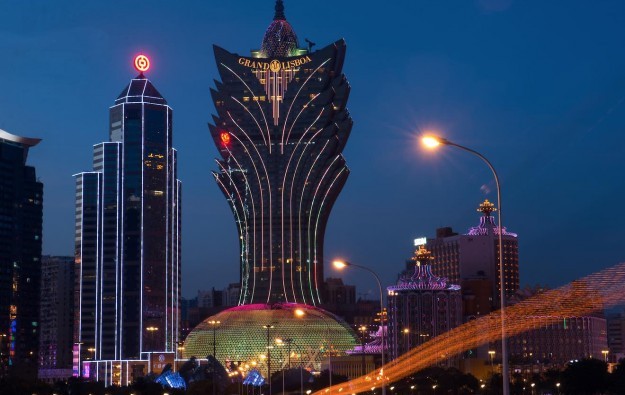 Profit at Macau casino operator SJM Holdings Ltd fell 12.9 percent year-on-year in the first half of 2017, the firm said in a filing on Tuesday to the Hong Kong Stock Exchange.

The profit for the six months to June 30 was approximately HKD955 million (US$122.2 million), compared to about HKD1.10 billion in the prior-year period.

SJM Holdings reported adjusted earnings before interest, taxation, depreciation and amortisation (EBITDA) of nearly HKD1.51 billion, down 7.7 percent year-on-year. The group’s adjusted EBITDA margin – on a Hong Kong generally accepted accounting principles basis – decreased to 7.3 percent in the first half of 2017, from 7.8 percent in the year-earlier period.

The casino firm reported total revenue of HKD20.64 billion for the six months to June 30, down 1.9 percent from the prior-year period. Gaming revenue fell by 2.0 percent year-on-year to HKD20.38 billion. It still accounted for 98.7 percent of the firm’s total revenue.

“SJM’s second quarter 2017 results came in below our estimates (EBITDA 12-percent below our estimate and 16-percent below consensus),” said brokerage Sanford C. Bernstein Ltd in a note on Tuesday. The company lost market share quarter-on-quarter in both the VIP and mass-market segments, “highlighting continued problems” for the firm, wrote analysts Vitaly Umansky, Zhen Gong and Yang Xie.

Revenue from VIP play slipped 3.4 percent from a year earlier, to HKD9.82 billion. The group’s mass-market table segment kept a dominant position in the first six months of 2017, with such revenue reaching nearly HKD10.14 billion, a more modest decline of 0.4 percent from the prior-year period.

Revenue from slot machines stood at HKD519.8 million in the first half of 2017, a 3.2 percent decline compared to the HKD536.8 million generated a year earlier.

VIP gaming operations accounted for 48.2 percent of SJM Holdings’ total gaming revenue in the reporting period, as compared to 48.9 percent for the corresponding period last year.

The company’s flagship Casino Grand Lisboa (pictured) saw its revenue and adjusted property EBITDA increase by 7.7 percent and 0.1 percent respectively, as compared to the year-earlier period.

For the second quarter alone – and according to data compiled by GGRAsia – SJM Holdings recorded a net profit of HKD375 million, down from HKD580 million in the previous quarter. Adjusted EBITDA for the group in the three months to June 30 decreased by 21.1 percent quarter-on-quarter, to HKD665 million. Group gaming revenue in the second quarter decreased by 3.9 percent sequentially, to approximately HKD9.99 billion.

The casino operator said in Tuesday’s filing that construction of its HKD36-billion Grand Lisboa Palace remained suspended following the death of a worker on June 18.

SJM Holdings said it was “working with the local authorities to achieve recommencement of work” at the Cotai scheme. The firm said it still expects “opening the Grand Lisboa Palace in the second half of 2018”.

SJM Holdings chief executive, Ambrose So Shu Fai, told reporters earlier this month that the company would review its work procedures to try to salvage its timetable for opening the Cotai property.

Despite SJM Holdings management highlighting that the opening timeframe of the Cotai project would not be materially affected, Sanford Bernstein said: “At this stage it is not out of the question that Grand Lisboa Palace may not open until 2019.”

As of June 30, SJM Holdings had entered into capital commitments in connection with the Grand Lisboa Palace project amounting to approximately HKD18.1 billion, according to Tuesday’s filing.

In a statement included in a press release also issued on Tuesday, Mr So said: “We are delighted to [have] conclude[d] the loan facilities for our Grand Lisboa Palace project in the first half of the year. The positive response of the banking community reflects the strength of SJM Holdings and the bright prospects of our Cotai project.”

He added: “We look forward to planting our flag in Cotai in 2018 which will ensure our business’ growth in future.”

On Tuesday, the firm’s board authorised an interim dividend of HKD0.05 per share for the reporting period. It is likely to be paid on September 20, to shareholders registered as of September 8. In the prior-year period, SJM Holdings paid a dividend of HKD0.06 per share.

Most of Macau’s casino operators are likely to generate positive free cash flow in the first quarter, given the robust recovery level of mass-market gross gaming revenue (GGR) in January, relative... END_OF_DOCUMENT_TOKEN_TO_BE_REPLACED