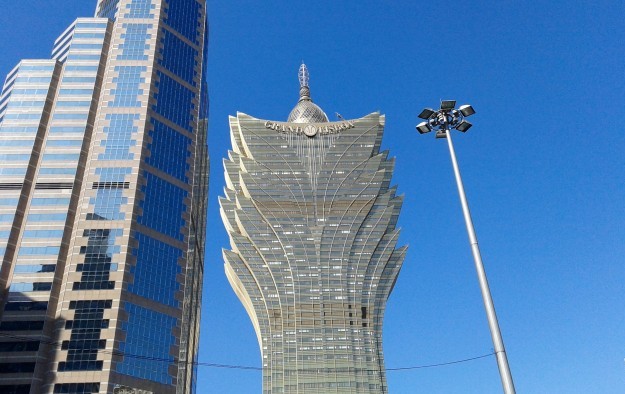 Profit at Macau casino operator SJM Holdings Ltd increased by 56.8 percent year-on-year in the first half of 2018, the firm said in a filing on Tuesday to the Hong Kong Stock Exchange. Such profit for the six months to June 30 was approximately HKD1.50 billion (US$190.9 million), compared to about HKD955 million in the prior-year period.

The firm’s board authorised an interim dividend of HKD0.08 per share, an increase of 60 percent from a year earlier. The dividend is to be paid on September 28. In the prior-year period, the company paid a dividend of HKD0.05 apiece.

The casino operator reported adjusted earnings before interest, taxation, depreciation and amortisation (EBITDA) of nearly HKD1.96 billion, up 29.9 percent year-on-year. The group’s adjusted EBITDA margin – on a Hong Kong generally accepted accounting principles basis – increased to 11.4 percent in the first half of 2018, from 9.6 percent in the year-earlier period.

The casino firm reported group-wide revenue of nearly HKD17.20 billion for the six months to June 30, up 9.7 percent from the prior-year period. Gaming revenue grew by 9.6 percent year-on-year to slightly above HKD16.84 billion.

“We are pleased that our results for the first half of the year showed material growth in revenue, adjusted EBITDA and net profit, while construction work on the Grand Lisboa Palace continued without interruption,” said Ambrose So Shu Fai, SJM Holdings’ chief executive, in a statement included in a separate press release published on Tuesday.

The Hong Kong-listed company said it was “striving” for construction of the HKD36-billion Grand Lisboa Palace, located in Macau’s Cotai district, “to complete by the end of 2018 and to seek the relevant licences to begin operation as soon as possible thereafter”.

SJM Holdings’ Mr So told reporters last month that the opening of the Grand Lisboa Palace would help the company regain share in terms of the city’s overall gross gaming revenue (GGR) market. The opening is due by the second half of 2019, the firm confirmed in Tuesday’s filing.

As of June 30, SJM Holdings had entered into capital commitments of approximately HKD12.5 billion in connection with the Grand Lisboa Palace project.

The company’s flagship Casino Grand Lisboa (pictured) saw its first half GGR and adjusted property EBITDA increase by 8.1 percent and 29.0 percent respectively, as compared to the year-earlier period.

Group wide, revenue from VIP play rose by 1.4 percent from a year earlier, to nearly HKD9.96 billion in the six months to June 30. During the reporting period, the hold rate of VIP gaming operations was 2.84 percent, as compared with 3.10 percent in the corresponding period last year.

The group’s mass-market table segment kept a dominant position in the first six months of 2018, with such revenue reaching nearly HKD11.49 billion, an increase of 13.3 percent from the prior-year period.

Revenue from slot machines stood at HKD582 million in the first six months of 2018, a 12-percent increase compared to the HKD519.8 million generated a year earlier.

The casino operator paid an aggregate of HKD5.18 billion in commissions and incentives in the first half of 2018, 1.4 percent more than in the prior-year period.

SJM Holdings’ GGR market share has dwindled annually from a leading 29 percent in 2011, according to the firm’s annual reports filed with the Hong Kong Stock Exchange. The last time that SJM Holdings reported an increase in market share was in 2010 – when it claimed to have 31.3 percent of Macau GGR, making it at that time the market leader among the city’s six operators.