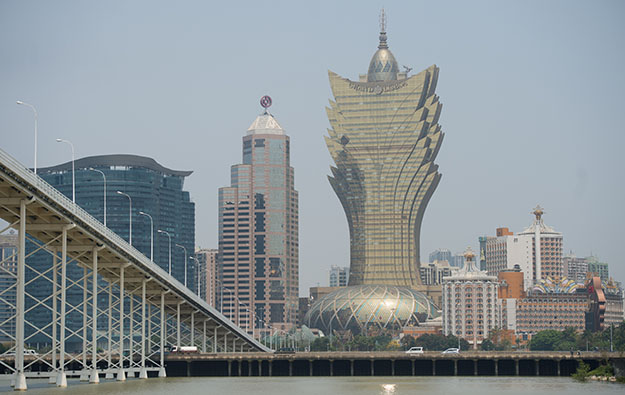 Profit at Macau casino operator SJM Holdings Ltd rose by 25.9 percent year-on-year in the first quarter of 2018, supported by higher mass-market gaming revenue. Such profit was HKD730 million (US$93 million), compared to HKD580 million in the prior-year period, said the firm in a Wednesday filing to the Hong Kong Stock Exchange.

SJM Holdings’ first-quarter VIP gaming revenue was HKD4.88 billion, a decrease of 1.1 percent from the nearly HKD4.94 billion achieved in the first quarter 2017. The company said total VIP chip sales during the period amounted to HKD178.0 billion, with a hold percentage – before commissions and incentives – of 2.74 percent, down from 3.13 percent in the prior-year period.

The improved performance for the quarter in the higher-margin mass gaming segment helped SJM Holdings report an increase in adjusted earnings before interest, taxation, depreciation and amortisation (EBITDA).

“We are very pleased that our efforts to strengthen mass market and VIP businesses combined with cost controls have resulted in material increases in SJM Holdings’ EBITDA and net profit during the first quarter,” the firm’s chief executive, Ambrose So Shu Fai, said in comments featured in a press release issued the same day.

He added: “We strive to continue enhancing our business on Macau peninsula whilst we complete construction of the Grand Lisboa Palace on Cotai.”

Capital expenditure during the first quarter of 2018 was nearly HKD1.34 billion, which SJM Holdings said was “primarily for construction in progress”, understood to be a reference to Grand Lisboa Palace.

The firm said construction work for the HKD36-billion Grand Lisboa Palace – which has been plagued with delays – “continued to make progress” in the first quarter this year. In its 2017 annual report published last month, SJM Holdings said the firm was “still striving for construction to complete by the end of 2018 … and to seek the relevant licences to begin operation as soon as possible thereafter”.

In February, SJM Holdings’ Mr So said the company was aiming to start operations in Cotai in 2019.

As at March 31, SJM Holdings had total cash, bank balances and pledged bank deposits of HKD19.84 billion and debt of approximately HKD11.84 billion.

Most of Macau’s casino operators are likely to generate positive free cash flow in the first quarter, given the robust recovery level of mass-market gross gaming revenue (GGR) in January, relative... END_OF_DOCUMENT_TOKEN_TO_BE_REPLACED