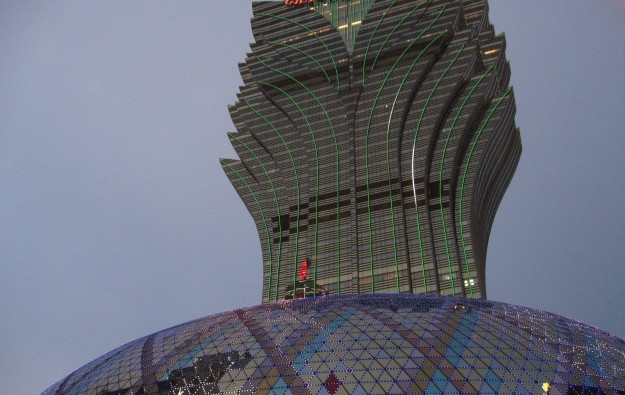 Macau casino industry veteran Frank McFadden is moving to a new role at his employer SJM Holdings Ltd, taking up the post of chief operating officer (COO) at the Macau casino concessionaire, a company source confirmed to GGRAsia.

He succeeds Louis Ng Chi Sing, who stepped down from that role on Wednesday (June 10) following the company’s annual meeting in Hong Kong on Tuesday, held two weeks after the death of the group’s founder Stanley Ho Hung Sun.

Mr McFadden had most recently been president of business development at the SJM group.

As newly-appointed COO, Mr McFadden should have a key role as SJM Holdings looks to ramp up its existing gaming business at its current core properties including Casino Grand Lisboa and Casino Lisboa, when eventually travel restrictions linked to the Covid-19 crisis are lifted.

A number of investment analysts has suggested that the group’s long-awaited Cotai scheme, Grand Lisboa Palace, might help in market share terms. JP Morgan Securities (Asia Pacific) Ltd stated in a Tuesday note it expected “the US$5-billion -priced Grand Lisboa Palace will finally open in the second quarter 2021, reflecting some delays due to Covid-19”.

Paul Baker is the president of Grand Lisboa Palace. Prior to joining SJM Holdings in 2018, he spent four years at casino group Genting Malaysia Bhd.

Mr McFadden joined SJM Holdings prior to its 2008 initial public offering on the Hong Kong Stock Exchange. Before that, he worked as an executive at Venetian Macau Ltd, the Macau licence-holding unit of United States-based casino group Las Vegas Sands Corp.

SJM Holdings posted a net loss of HKD409 million (US$52.8 million) in the first quarter this year, according to unaudited highlights of the business filed to the Hong Kong Stock Exchange on May 5. That compared to a net profit of HKD850 million in the prior-year period. Covid-19 played a part in the result, the firm said.

But JP Morgan noted on Tuesday: “SJM [Holdings’] profit growth has been surprisingly strong in the past years, having printed the best EBITDA [earnings before interest, taxation, depreciation and amortisation] growth among same-store operators in both 2018 and 2019; perhaps our concerns about its execution were too harsh.”

The brokerage added: “When the dust settles from Covid-19, we suspect that the demand recovery will be faster from nearby Guangdong [province], led by day-trippers; this is an area where SJM [Holdings] has particularly strong share, which could benefit it disproportionately, in our view.”