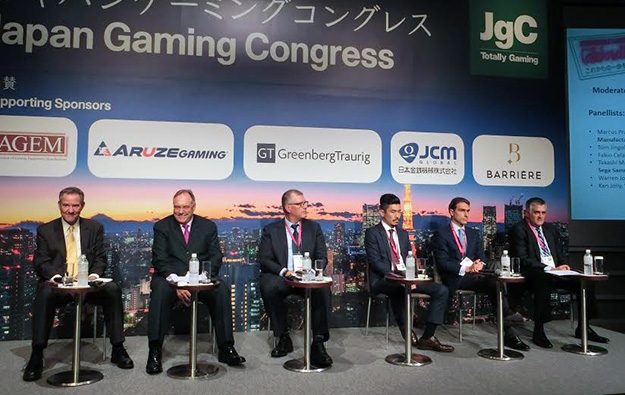 Japan’s expected casino market could be a good environment for casino electronic gaming machines that reserve a percentage of the monies returned to players for skill-based elements.

That is according to some on a panel of casino equipment suppliers questioned on the topic during the second day of the Japan Gaming Congress in Tokyo on Thursday.

Several speakers indicated that Japanese consumers are already familiar with the concept of gaming machines that involve some skill, via the popularity of pachinko and pachislot in that country. Such games are officially designated by the Japanese authorities as leisure pastimes, rather than as gambling.

“Certainly everybody will come out with products through this particular market that will definitely have elements of skills,” he added.

While industry sources have told GGRAsia that games with a percentage of return to player (RTP) reserved for an element of player skill are not new, there has reportedly been an uptick in interest in the category, as the casino industry and its suppliers think about products that might appeal to so-called millennials – those people that came to adulthood at the turn of the century and that may not currently be players of traditional casino video slots.

In May 2015, the U.S. state of Nevada, home to the gambling hub of Las Vegas, passed a legislative bill, backed by Nevada’s gambling equipment manufacturers, to allow slot machines to add a skill-based, arcade-style element. Nevada’s regulations for skill-based games were published in September 2015.

In October last year, GameCo Inc, a maker of skill-based video game gambling machines, said it had gained approval from the New Jersey Division of Gaming Enforcement in the United States to install its products at Caesars Entertainment group casino resorts in Atlantic City, New Jersey.

“It could be perfect timing for skill-based games to be introduced in Japan since all the other mature markets like Nevada have started to introduce those games,” noted Takashi Maekawa, vice president for business development at Sega Sammy Creation Inc during Thursday’s panel at the Tokyo conference.

“Maybe by the time [a] casino is opened in Japan, we will probably be in the second or third phase of developing skill-based games, giving us time to learn what kind of skill-based games works in the market,” added Mr Maekawa.

Banking group Morgan Stanley said in a December 15 note that any casino venue or venues in Japan might only open after the year 2021.

Fabio Celadon, senior vice president, gaming portfolio at International Game Technology Plc, said during the panel: “Very strong here [in Japan] is virtual reality… when we look at the pachinko and pachislot industry, immersive experiences are clearly central to the experience of players.”

He added – offering a teaser on some IGT products likely to be seen next week during the Global Gaming Expo (G2E) Asia casino trade show in Macau: “That brings to mind some of the new developments that we are launching in Macau next week: 4D technology that allows players not only see 3D optics as they play slot machine gaming, but also touch, [via] a new technology to interact with the games. I think those things that create immersive experiences will be an important factor here [in Japan].”

Macau’s Legislative Assembly (pictured) will conduct on Monday (January 24), during a plenary session, a formal first reading of the draft bill to amend the city’s gaming law, according to a... END_OF_DOCUMENT_TOKEN_TO_BE_REPLACED