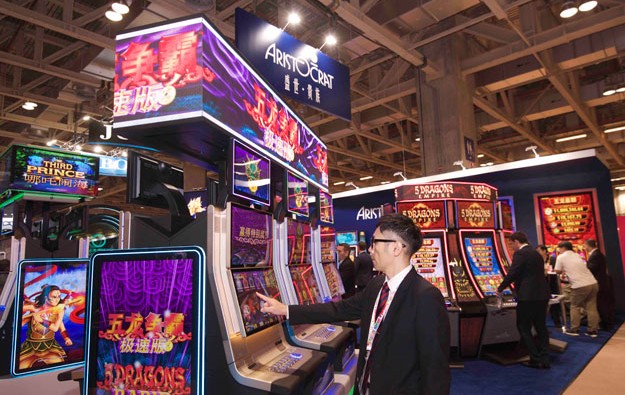 Net profit after tax (NPAT) at Australia-based slot machine maker Aristocrat Leisure Ltd jumped 88 percent year-on-year in the 12 months to September 30, the firm said in a filing to the Australian Securities Exchange on Wednesday.

The firm declared a final dividend amounting to AUD 0.15 per ordinary fully-paid share. It is payable on December 20 to stockholders of record as of December 6.

Fitch Ratings Inc said in an October report that Aristocrat had a sector-leading credit profile relative to its peers in the casino technology business.

The firm said the fiscal 2016 results had been supported by improvement in casino slot machine business – commonly referred to as Class III products, including “significant lift in revenue and profit driven by Macau openings and churn, together with growth in Europe.”

That was a reference first to new casino properties that opened in Macau during the reporting period, and second to the introduction to Macau casino floors of slot machine products compliant with version 1.1 – first introduced in July 2014 – of the city’s technical standards for gaming machines.

Numbers for Macau and other Asian markets were included in the firm’s international Class III results but were not broken down by territory.

Revenue – on a constant currency basis – for Aristocrat’s international Class III segment was AUD181.9 million in fiscal 2016, a rise of 29.7 percent from the prior-year period.

Aristocrat also noted that for the financial year 2016, “50 percent of total group revenues derived from recurring sources by period-end, representing the achievement of a significant strategic milestone over the past two years.”

The firm added it expected growth to continue in 2017.  “In the international Class III segment, we expect to see further growth driven primarily by new Asia Pacific [casino] openings,” it stated.

On November 9, Aristocrat announced Mr Odell would be leaving the company on February 28, 2017, after eight years at the helm. Trevor Croker, Aristocrat’s executive vice president for global products, has been appointed CEO-elect, subject to the receipt of any necessary regulatory pre-approvals.

Some Macau casinos visited by GGRAsia on Thursday, actually had tables that were closed, notwithstanding strong consumer demand during Chinese New Year (CNY). The reasons for some tables being... END_OF_DOCUMENT_TOKEN_TO_BE_REPLACED