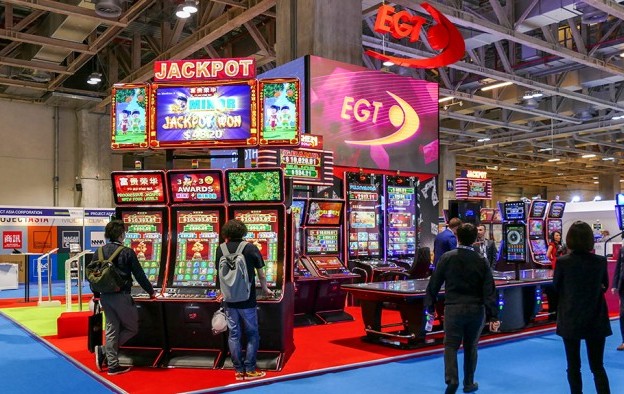 Euro Games Technology Ltd (EGT) of Bulgaria and its Malaysian partner Channel Paradise Sdn Bhd say the slot machine maker signed several deals on its return to the Global Gaming Expo (G2E) Asia. A press release issued on Thursday by EGT says the contracts signed by the company’s representatives and its Asian partner are for customers in Cambodia, Timor Leste, Laos, the Philippines, Malaysia, Vietnam and Nepal.

The statement quotes EGT business development manager for Asia Boyko Boev as saying G2E Asia 2018 was a triumph. “We reaffirmed our serious intentions for development in Asia, gathered the first impressions of our products and became more insightful about how to tune our developments even further to the market,” Mr Boev was quoted as saying.

The release also quotes Channel Paradise chief operating officer Eng Meng Chuah, who said EGT’s strength was its product range and commitment to develop “world-class designs and solutions”. “Their brand has been away from the region for several years, but now has returned with gaming concepts that are one-of-a-kind,” he added.

Among the novel products on show at this year’s G2E Asia was the double T-line auto roulette table of the EGT Multiplayer with two 84-inch displays and 12 touchscreen gaming places, connected to an automated wheel and to the jackpot system Diamond Number. The company says next-generation full HD terminals of the S-line series, with one, two, or three 32-inch monitors, drew interest because they connected to a live-streamed roulette game, adding their own Rigel and King Collection multi-game mixes with the Baccarat and Sic Bo titles.

This year’s G2E Asia gaming-related trade show and conference took place at The Venetian Macao from May 15 to 17. The 2018 event set a new attendance record, exceeding the 15,000-visitor target set by co-organiser Reed Exhibitions. Next year’s event is scheduled to take place from May 21 to 23.

It is likely that Macau will shortly have a third round of citywide centre-based Covid-19 testing in little more than a week, after the results so far of a second mass test – that was due to finish... END_OF_DOCUMENT_TOKEN_TO_BE_REPLACED