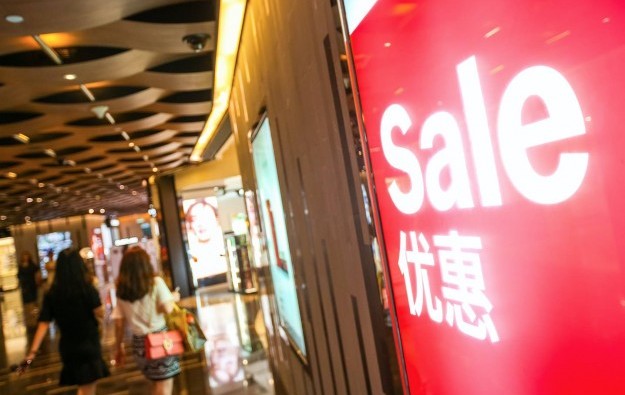 A slowing Chinese economy is looming as a potential hindrance to short-term growth in gross gaming revenue (GGR) for Macau’s casinos, according to new research by a global research team at brokerage Sanford C. Bernstein and Co LLC.

The big-picture report, released on  Tuesday, reiterated the institution’s forecast of a deceleration in Macau GGR this half – with the trend likely to be most pronounced in the fourth quarter – but foresaw positive growth overall.

The brokerage’s report – “What Slowdown? Identifying and Sizing (or Denying) the Slowing of the Chinese Economy” – attempted to quantify the outcomes from a sharp slowdown in the mainland Chinese economy this year. The report considered the overheated mainland real estate market and a series of indicators reflecting declining economic performance. It added that GGR performance in Macau was correlated with such factors.

Sanford Bernstein said new measures taken by the mainland government to stimulate economic growth would offer no positives for the Macau gaming industry unless they made the wealthy more confident about spending their money.

The brokerage detected threats in the short run to the sustainability of high rates of growth in mass-market GGR, although it forecast a brighter long-term outlook. The report suggested the threats to growth in mass-market GGR would create headwinds at the upper end of the gaming market – namely the premium mass segment, known for high bet multiples but for play via cash rather than on the credit used by VIPs – for the next year or so.

But the report advised investors to bear in mind that – in the brokerage’s view – Chinese gross domestic product would keep growing at an annual rate somewhere roughly around 5 percent; that the mainland economy would continue to shift towards greater consumer spending; and that the number of Chinese becoming wealthy enough to visit Macau would keep growing.

Potential hindrances to the casino business in Macau included: weaker-than-forecast performance by the supporting mainland economy or elements of the economy; changes in Chinese consumer attitude to casino gaming; and the amount of action taken in mainland China and Macau to counter corruption.

In another report issued this month, Sanford Bernstein said the number of investigations of suspected corruption had recently shown an upward trend in China, and that this might hamper the casino business in Macau this year and next. That report also predicted GGR would slow this year and into next year.

South Korea on Thursday said it would from June 1 resume issuing short-term tourism visas for trips to the country’s mainland, for individual visitors and groups of tourists. Permits for... END_OF_DOCUMENT_TOKEN_TO_BE_REPLACED