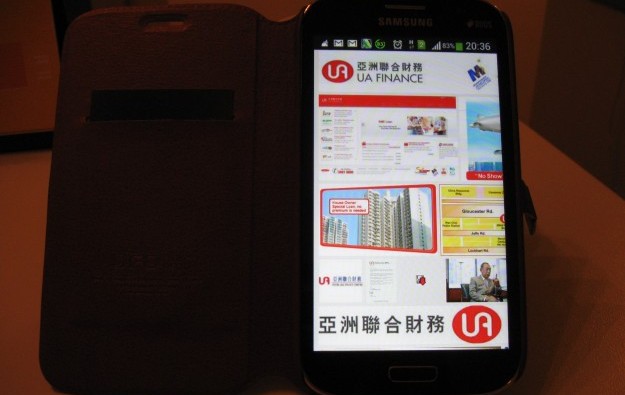 A specialist in small consumer loans to customers in mainland China and Hong Kong has signed a long-term strategic cooperation deal with a rival to China’s Alibaba online shopping platform.

The deal could potentially allow Chinese consumers to raise small loans via their smartphones or computer tablets, and have the funds transferred online, an analyst told GGRAsia.

In the Macau casino market, Chinese high roller gamblers sometimes guarantee the gambling credit advanced to them in Macau by signing liens on property they own in Hong Kong or China, but mass-market players have traditionally relied on transactions in shops via China UnionPay Co Ltd, to move money cross-border, junket industry sources have told GGRAsia.

In late June, 58.com announced it was selling a 19.9 percent stake in its business to Tencent Holdings Ltd, Asia’s largest Internet company, for US$736 million. That means that 58.com –  and its new partner UAF – can increase their marketing exposure by linking to Tencent’s messaging services WeChat and QQ.

“The latest deal potentially teams up a company that specialises in non face-to-face small lending, i.e., United Asia Finance, with one that’s a specialist in online payment systems, i.e., Tencent Holdings,” an analyst, who asked not to be identified, as the person is not authorised to speak on the record on the topic, told GGRAsia.

According to data from Analysys International – a China-based research house – Tenpay, Tencent Holdings’ online payment platform, has a near 19-percent share of the mainland’s third-party online payment market, while Alibaba affiliate Alipay has a dominant 48-percent share.

However in March, China’s central bank said it was considering regulations that would significantly limit the use of third-party payment systems, including the payment arms of Alibaba Holding Group Ltd and Tencent Holdings.

United Asia Finance’s English-language website says the lender specialises in consumer financing. Its services in the Hong Kong market include the ‘Macau i-Money Internet Loan’, which the firm says “welcomes any application from Macau and makes it possible to complete the whole loan application procedures through [the] Internet, avoiding the hassle of any face-to-face contact”.

UAF also offers in the Hong Kong market so-called ‘no show’ loans available without the need to submit proven documentation such as a Hong Kong identity card, as well as “e-Cash Revolving Loans” and advances for small- and medium-sized enterprises.

UAF has 100 branches in mainland China – 44 of them in the special economic zone of Shenzhen across the border from Hong Kong in Guangdong province.

The strategic partnership announcement between UAF and 58.com comes at a time when the China UnionPay electronic payment system is coming under closer official scrutiny and control. The Macau government said in late June it would not authorise the issuance of any new China UnionPay swipe terminals to casino jewellery shops at present, and reserved to the right in the future to reduce the number of existing ones.

UAF is a member company of Sun Kung Hai & Co, according to UAF’s website. Tony Fung Wing Cheung, a son of Sun Kung Hai & Co’s founder Fung King Hey, wants to build a A$8.15 billion casino resort called Aquis Resort at The Great Barrier Reef in Queensland, Australia. A submission to the Queensland government has said it would target Chinese and other overseas gamblers.

The imminent return of package tours from mainland China will not only help boost Macau’s tourism businesses, but is also expected to help casinos gain more foot traffic in their mass gaming... END_OF_DOCUMENT_TOKEN_TO_BE_REPLACED