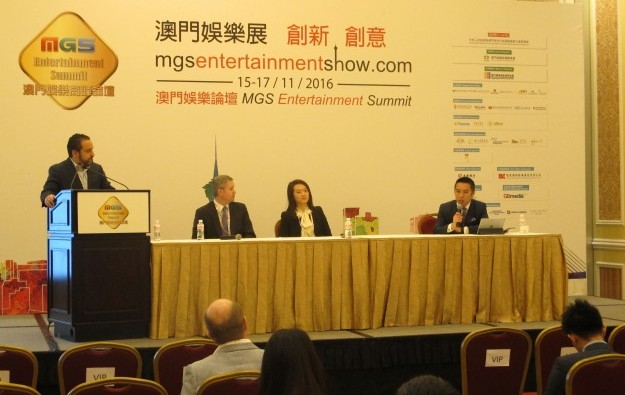 Growth in the total number of casinos in Asia will continue to be in the hands of small operators, according to investment analysts covering the regional gaming industry.

He was speaking on Wednesday at the conference segment of the Macao Gaming Show 2016, at the Venetian Macao.

“The reality is that there are only a couple of really significant opportunities [in Asia] for major resorts that will move the needle” in earnings terms for major international casino operators, he added. Casino development in existing regional markets excluding Macau and Singapore would continue to be driven by projects led by small firms.

The Union Gaming analyst said smaller stocks in the Asian casino sector could be very attractive investment plays. “If you are an investor, there is probably more money to be made investing in those second-, third-, fourth-tier stocks than there might be investing in the stocks of large casino firms,” he said.

“I don’t think large international operators would be interested in a casino in Vietnam or Taiwan,” he said. “South Korea could have potential if they allowed locals to gamble,” added Mr Liu.

Chelsey Tam (pictured, right centre), equity analyst at Morningstar Investment Management Asia Ltd – and also a speaker on Wednesday’s panel – said one problem with second-tier casino jurisdictions in Asia, from the perspective of large operators, was the difficulty of navigating the respective regulatory environments.

“I would really struggle to see why big operators would go to really small markets: you would have to go through all this trouble, but in the end it really doesn’t move the needle for you,” observed Ms Tam.

A 2015 report from CLSA estimated there were approximately 200 casinos operating in Asia.

He added: “We still think the supply dynamics in Asia are very favourable. There are large concentrations of casinos in pocket spaces, but there are also places where you need to fly for several hours before you get to a casino.”

The CLSA analyst acknowledged this was not a simple equation. “There are a lot of political impediments to opening casinos in a lot of these places.”

The three investment analysts agreed the potential legalisation of casino gambling in Japan would be a major development for the industry in Asia.

Japan has a “ready-made market” for the casino industry, Mr Liu said, adding that other forms of gambling already legal in that country enjoy high revenue levels. “Every big hitter in the world would want a piece of that [casino market].”

China has moved one step closer towards reopening, by relaxing some its Covid-19 control measures, with most infected people now able to quarantine at home rather than in state-sanctioned... END_OF_DOCUMENT_TOKEN_TO_BE_REPLACED