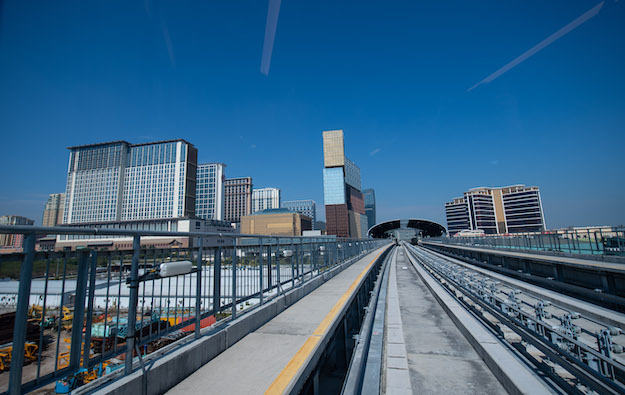 Investors are now understanding the return of meaningful tourism volume in the Macau market is likely to involve “small steps every two weeks” on the part of the Chinese authorities – in terms of relaxation of mainland travel policy relative to Macau – said a Thursday memo from Jefferies Hong Kong Ltd.

Possible clues had been provided by a phase of easing that began on July 15, via a relaxation of quarantine conditions for travel from Macau to nine cities in the neighbouring Chinese mainland province of Guangdong, which was then extended to the whole of the province a fortnight later.

“The Macau recovery remains dependent on IVS [Individual Visit Scheme], but we expect this to be a gradual and phased reissuance on an individual Chinese city-by-city within each province,” said Hong Kong-based analyst Andrew Lee.

The executive added that a return from July 15 of non-tourism exit visas from Guangdong to Macau – including for business travel – which had been retrospectively reported on Thursday, would be “helpful to our business”.

Mr Wang’s boss, MGM Resorts’ chairman Bill Hornbuckle, said on the group’s earnings call that recent moves – including the easing of quarantine conditions for travel from Macau to Guangdong – were “initial steps in an encouraging direction”.

But he noted: “Hong Kong borders remain shut and the IVS and tour visa programmes have not yet restarted, which we believe is necessary for a meaningful recovery.”

The resumption of the IVS scheme has been widely touted as a key element in a rebound in Macau casino gross gaming revenue, which was down 77.4 percent year-on-year to June 30, according to Macau government data.

IVS travellers accounted for 46.8 percent of the aggregate mainland visitor arrivals to Macau in 2019, “and possibly a higher proportion of gaming revenues” at the city’s casinos for that period, wrote JP Morgan Securities (Asia Pacific) Ltd in a January memo at the time the IVS programme was suspended.

South Korea on Thursday said it would from June 1 resume issuing short-term tourism visas for trips to the country’s mainland, for individual visitors and groups of tourists. Permits for... END_OF_DOCUMENT_TOKEN_TO_BE_REPLACED