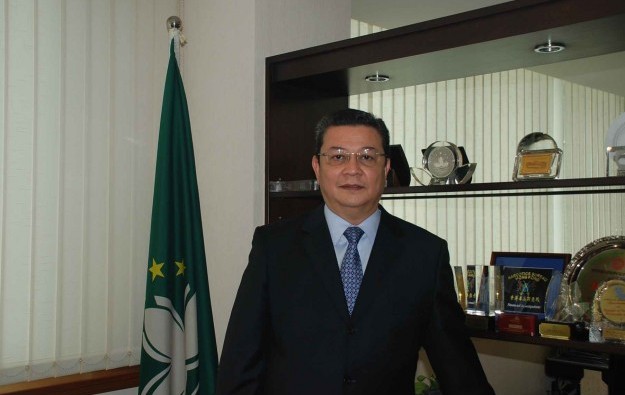 “[A full smoking ban] will certainly have an impact but if the smoking lounges are retained, I think it would have less of an impact,” Mr Neves said.

He added that his view took into consideration the existing rules in other regional gaming jurisdictions, where smoking in casinos is allowed with some restrictions.

On July 10, Macau legislators approved the first reading of a government bill that proposes the abolition of casino smoking lounges and a full smoking ban in VIP areas.

The bill is now at committee stage in the Legislative Assembly, but it is likely to be next year before the revised rules become law. The Macau government however has admitted it might reconsider its position regarding the proposed full smoking ban.

A report by consultancy KPMG commissioned by Macau’s six gaming operators suggests that Macau’s annual gross domestic product (GDP) could be reduced by 16 percent were a blanket ban on casino smoking to be imposed.

The city’s casino GGR is down 35.3 percent in the first 11 months of 2015 compared to the prior-year period, weighed down say investment analysts by factors including an anti-graft campaign in China – that has hit the VIP segment in particular – and a slowing in the Chinese economy. The GGR monthly tally has fallen for 18 consecutive months, judged year-on-year, since June last year.

Mr Neves said he believed the casino industry would soon start recovering. “I think we have hit the bottom and starting next year we will have a smooth growth, followed by a stable growth every year – a more sustainable growth,” he stated, though he added it was unlikely there would be a return to earlier boom years.

He added: “I don’t believe we will ever see such rapid growth in the VIP market as we did two or three years ago.”

Mr Neves, 56, was director of Macau’s casino regulator for almost two decades. He first started working for the gaming regulator in 1985 and had headed the bureau since 1997, overseeing the liberalisation of the city’s gaming market in 2002.

“The decision to liberalise the industry was to attract new investors – especially international, well-known companies – to Macau,” said Mr Neves. “It was the most challenging period – the tender process and the arrival of these big international companies,” he added.

Paulo Martins Chan, previously an assistant public prosecutor-general in Macau, was sworn in on Tuesday as the new director of DICJ.

Mr Chan takes over at a time the Macau gaming industry is going through its worst downturn since liberalisation.

“The VIP market is going down and is hardly likely to come back to its old days. Macau, in the future, must follow the path of diversification and bet on the mass market, offering more non-gaming components to attract a new type of visitor,” Mr Neves told GGRAsia. “Macau has to become a family destination.”

VIP revenue across the entire Macau market fell by 38.0 percent year-on-year during the third quarter of 2015, according to official Macau government data published in October. VIP revenue accounted for 53.32 percent of casino GGR in the three months to September 30, down from 56.45 percent in the prior-year period.

The rebalancing of the market toward mass play rather than a dependence on the VIP segment “is a positive trend”, said Mr Neves. “This will be the future of the gaming sector, the balance between the VIP and the mass market,” he added.

The former DICJ boss also said Macau’s gaming laws must be amended in order to take account of that shift in the market and in order for the local industry to grow stronger.

“I think Macau’s gaming law – Law No. 16/2001 – must be revised,” said Mr Neves, referring to the basis of Macau casino industry legislation. He didn’t specify what provisions ought to be reviewed.

Mr Neves said the “mid-term review” of the city’s gaming industry – ordered by the Macau government – would provide some guidelines on what legal issues should first be addressed.

The Macau government is currently assessing a report based on the mid-term review. It is likely the preliminary results of its findings will be released early next year, the government has said.

On Tuesday, the new head of the city’s gaming regulator said the government would use the report “to do a comprehensive revision of gaming-related laws,” including regulations on junket operators.

Commenting on the regulations on junkets, Mr Neves said, “It is always possible to improve”.

“We have been improving regulations [on junkets], not because of any recent case but because it was already in our policy programme – to improve supervision of the industry, including junkets,” Mr Neves told GGRAsia.

His mention of “any recent case” was a nod to an alleged fraud amounting to tens of millions of U.S. dollars that rocked the Macau VIP gambling segment.

In September, Macau junket operator Dore Entertainment Co Ltd announced it had been a victim of internal fraud by a former employee. Complaints reported to the Macau police from those presenting themselves as investors in the cage operations of Dore involved claims for at least HKD520 million (US$67.1 million) by the end of October, reported local Chinese-language newspaper Macao Daily News.

DICJ in October issued new guidelines for the city’s junket operators, including a requirement to issue monthly accounting reports starting next year. Junket operators would also have to submit details on the key personnel in charge of financial operations.

“The results of the mid-term review will be useful to analyse several aspects [of Macau’s gaming industry], including the licensing process [of junket operators],” said Mr Neves.

Turning to Macau’s table cap, the former casino regulator said the Macau government had imposed the cap on live dealer gaming tables in order to push economic diversification and encourage operators “to invest more in other areas, in order to promote a non-gaming offering”.

The policy aims to limit the increase of live dealer table numbers to 3 percent compound annual expansion until the end of 2022, from a base of 5,485 tables recorded at the end of the fourth quarter in 2012.

Steve Wynn, chairman of Macau-based casino operator Wynn Macau Ltd, has been outspoken in his criticism of the Macau government’s table cap. “The table cap is the single most counter-intuitive and irrational decision that was ever made,” Mr Wynn said in a conference call with investors in October.

But Macau’s Secretary for Economy and Finance, Lionel Leong Vai Tac, said last week the policy would not be amended until at least the end of 2022.

Mr Neves said he thought the table cap has served its purpose. “Overall, I think it is working in relation to what was planned, and has not been a problem in the development of new projects,” he told GGRAsia.

The US$3.2-billion Studio City, a property developed and operated by Melco Crown Entertainment Ltd, opened on October 27 with an initial allocation of 200 new-to-market tables – half the number its owners had planned; although with 50 more to come from January. The table allocation led to a business decision not seen since the liberalisation of Macau’s gaming market: to open a major new property without any private gambling rooms for high-rollers. The table allocation also led Melco Crown to amend the loan documentation related to a US$1.4 billion project loan for Studio City.

Mr Neves said the mass-market approach would be the way to go for the city’s six casino operators, despite the restriction on gaming tables.

“I think all the [Macau] concessionaires are betting on non-gaming, as these components will be more important for their businesses in the future,” he added.

The former DICJ boss said he does not expect Macau’s casinos to be affected by regional competitors in the short-term.

“In the short-term, I think Macau remains in a very solid and comfortable position,” said Mr Neves. But he warned that the city’s industry might feel the pinch “in the mid- to long-term” as other markets mature and develop quality products.

A recent report from UBS Securities Asia Ltd said Macau’s mass gamblers showed only “mediocre interest” in visiting casinos located in other parts of the Asia Pacific region. The conclusion was based on a survey involving 510 mainland Chinese gamblers from Macau’s mass segment.

Looking back at his 30 years at DICJ, Mr Neves said the liberalisation and the growth of the gaming industry “had more of a positive impact rather than negative effects” on Macau.

“I leave DICJ pleased with the work done over the years and for what was achieved. I’m lucky to have had the opportunity to take part in such a big change for Macau,” said Mr Neves.

The imminent return of package tours from mainland China will not only help boost Macau’s tourism businesses, but is also expected to help casinos gain more foot traffic in their mass gaming... END_OF_DOCUMENT_TOKEN_TO_BE_REPLACED